According to Birsen Altuntash Sevda Erginci and Leyla Lydia Tugutlu joined the cast of the series Divine Order / Nizam-i Alem for TRT1, becoming the co-stars of Bugra Gulsoy and Ekin Koç, respectively. According to the journalist, the budget of the series is very large.

According to Birsen Altuntash, Cansu Dere became the star of the series Dr. Foster, which is being prepared by Medyapim.

Nilay Deniz on the cover of BeStyle magazine

Murat Yildirim on the cover of be MAN magazine

The Turkish press claims that in the original version of the script for the series Love 101, Osman’s character was indeed gay. However, due to problems with censorship, the script had to be rewritten and the references to homosexuality were removed.

The information that Hande Doğandemir allegedly joined the cast of the series Barbaros is not true.

The Turkish press reports that following Çağatay Ulusoy and Kıvanç Tatlıtuğ, Burak Özçivit got carried away by fishing. Together with his wife and son, he went to Bodrum, to learn the delights of the underwater world.

International sales of the Dam / Baraj series will be handled by Madd Entertainment, which will sell a project titled Nehir

Birce Akalay, together with her boyfriend Fasih Saylan, went to Bodrum. Noticing the journalists, the actress quickly wrapped herself in a towel, then greeted the paparazzi cheerfully said “We were caught again”

According to Turkish bloggers, after half of the cast left the Ramo series, BKM started negotiations with very significant Turkish actors, even trying to invite Cetin Tekindor. However, as you know, the actor has a series on the channel TRT1 and he was not interested in the proposal.

Shooting of the series Family Business / Aile Şirketi, which will be released on the beIN Connect online platform, has begun

Filming of the series Glitch / Ariza will begin next week. The project will most likely be aired on Show TV on Thursdays, becoming a competitor to the series Miraculous Doctor and Bitter Lands

According to blogger Dedikoducu Çocuk Çağatay Ulusoy has already begun preparations for a new series, the plot of which will greatly surprise viewers. 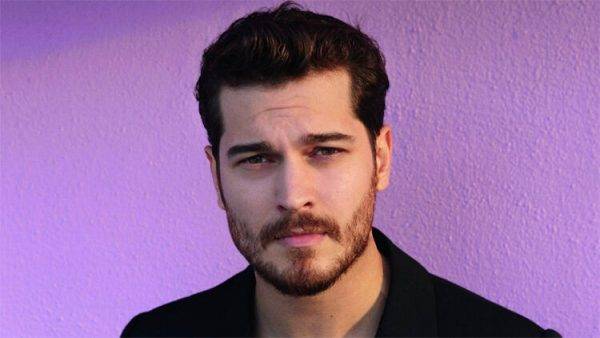 According to Birsen Altuntas, the TIMS & B series Maraşlı starring Burak Deniz will be directed by Kudret Sabanci. Negotiations are underway with Melisa Şenolsun, who may become his co-star in the project.

Birsen Altuntas claims that Özge Yağız can play a leading role in the TV series My Left Side / Sol Yanım, which BKM is preparing for Star TV.

According to Dedikoducu Çocuk, Burçin Terzioğlu is considered the leading role in the series Dr. Foster

Can Yaman at sunset

Love in the Attic

According to Birsen Altuntas Ali Surmeli continues to work in the series “The Bandits.” Information that the actor allegedly joined the series Ramo is not true

Jessica May on the cover of MAG Magazine

Birsen Altuntas said that Alperen Duymaz was indeed offered to play a leading role in the series Barbaros, but he refused and is currently negotiating to participate in other projects.