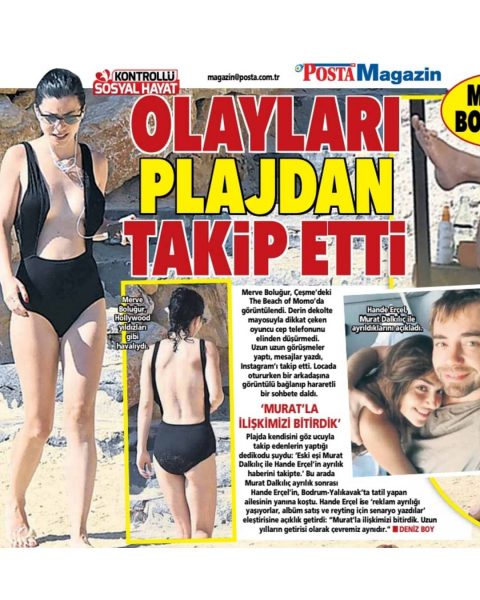 Merve Bolugur, who was spotted on the beach in Cesme, vigorously discussed with her friend the breakup of Murat Dalkiliç and Hande Erçel. Vacationers nearby told the paparazzi that the young woman was openly giggling over the news, saying that this was all an advertisement for promoting Murat. He even uses his breakup with Hande to advertise himself.