Filming of the series New Life / Yeni Hayat will resume tomorrow. The premiere of the project is scheduled for late August. The series will be released on Mondays, becoming a competitor to such projects as The Pit, Forbidden Fruit and Daughter of the Ambassador

The series Forbidden Fruit already has 2 million subscribers on YouTube

Birsen Altuntas has confirmed that Onur Saylak has given his consent to star in the TV series The Pit / Çukur. Also, according to some reports, Ay Yapim plans to make a crossover with another series, which will be released in the new season, which will certainly greatly delight fans. 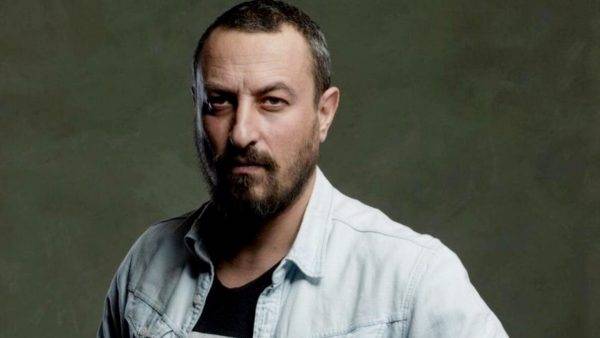 İsmail Ege Şaşmaz was spotted with his beloved Hande Unal in the Zorlu shopping center. As the actor admitted during the quarantine, he learned to cook well. Moreover, as it turned out, sports can be practiced not only in the gym, but also at home. Their relationship is developing well, but they have not yet thought about marriage.

Tolga Mendi became a co-star of Ozge Yagiz in the TV series My Left Side / Sol Yanım. Emre Bey will be co-star of Cemre Baysel.

My Left Side / Sol Yanım

Yasemin Ozilhan was angry with her husband for putting a few likes on a photo of some model and … unfollowed him on Instagram. True, then the spouses, who had lived together for 9 years, made up and Yasemin started following to her husband again.

According to Sina Kologlu, Engin Altan Düzyatan has signed a contract to star in the TV series Barbaros. TRT1 is planning to air the series in January, but this is not yet certain as the construction of the shooting plateau has not yet begun. The script is currently being written by Ozan Aksungur and Cuneyt Aisan.

The romantic vacations of Ebru Şahin and her new chosen one Cedi Osman are widely covered in the Turkish press. However, some journalists believe that this is just PR and there is actually no relationship.

Filming of the series Love 102 / Aşk 102 has already begun. Alina Boz and Ipek Filiz Yazici on the set

According to blogger Dedikoducu Çocuk, Aras Bulut İynemli will also appear on the TV series Call My Agent / Menajerimi Arayın as a guest star.

TRT1 TV channel continues to update its broadcasting schedule. In addition to the series Garbage Apartment and Heart Mountain, it begins work on several more projects.