Ay Yapım is preparing a big surprise for the audience 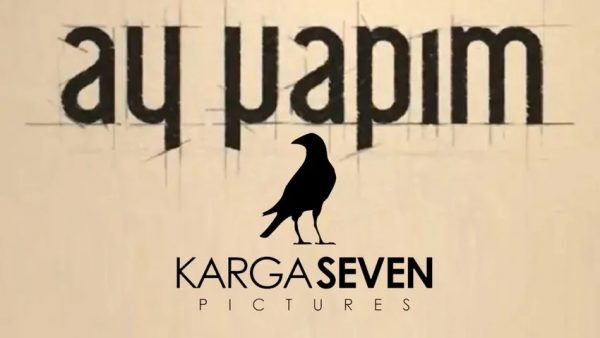 Ay Yapım is one of the most important TV companies in Turkey. In the new television season, Ay Yapım has several serious TV shows that will allow it to regain its leadership on the television market. And most importantly, they promise us a very big surprise!

Three new TV shows of the company have been officially announced. Call my agent / Menajerimi Ara will start first on August 25. Already in the first episode we will meet with Tuba Büyüküstün, Melisa Şenolsun, and famous singer Edis. In the following episodes, viewers will see Nebahat Çehre, Halit Ergenç and Çağatay Ulusoy. But this is just the beginning, and there are plenty of pleasant surprises in every episode.

The series Bonfire of Destiny / Alevlerin Ardından starring Hazar Ergüçlü, Dilan Çiçek Deniz, and Berker Güven, which is a remake of the popular French TV series, will be released in October-November.  The series Competition / Rekabet starts in December. Recall that negotiations are underway with Kaan Urgancıoğlu, who may become one of the leading actors of the project.

The Choice / Babil series will be completed by the new year. Another 13 episodes are expected to be released. The Pit / Çukur series will have a full season and will end in June next year.

The main news of recent weeks has been the merger of Ay Yapim and Karga 7 Pictures, and the creation of a new TV giant that will produce series for both television and digital platforms. The series Hekimoglu and New Life / Yeni Hayat will be released under the new label. The company will also be preparing the second season of the popular Netflix series Rise of Empires: Ottoman and the new TV Show Midnight at the Pera Palace.

In addition, in January of next year, a new company will present another large series featuring the biggest stars of the Turkish screen. So far, we know that this show is about betrayal and revenge like Ezel. The details of the new work are kept in the strictest confidence, however, it is known that the series will feature actors, whose return has long been awaited by the audience and especially the Arab audience. Of course, it was immediately assumed that they were Fahriye Evcen, Hazal Kaya, Çağatay Ulusoy, Kenan İmirzalıoğlu and Tuba Büyüküstün. The first three names look rather dubious, but Kenan and Tuba are currently available and may well return to the screens in the new television season.  Both of them have already worked with the producer Kerem Çatay several times, so a new collaboration would be logical.

So what is the surprise of Ay Yapim? Are we going to see on the screen the so-expected series duet Tuba Büyüküstün and Kenan İmirzalıoğlu? We’ll know soon enough.