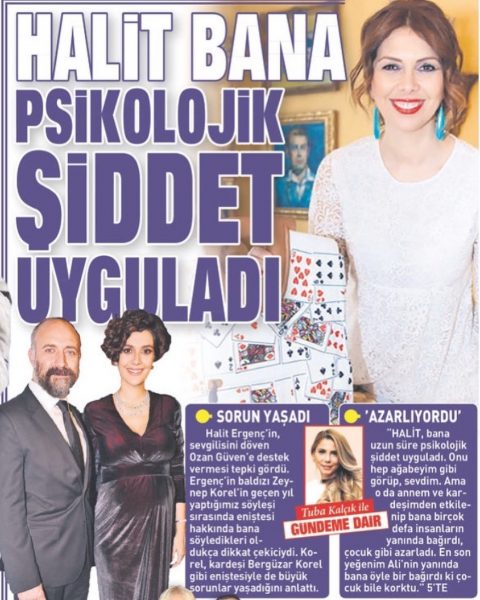 After the not very successful phrase of Halit Ergenç in support of his longtime friend Ozan Güven, a stream of criticism fell upon him, to which his wife’s sister, the notorious Zeynep Korel, was not slow to join.

Despite the fact that she made up with her sister Bergüzar, journalists recalled that Zeynep in her interview gave several juicy details about the behavior of her sister’s husband. In particular, she said that Halit only seems to be a gentleman. In fact, he is rude, just like Bergüzar and her mother, Hulya. There were several cases when Halit scolded her in public, and she was very ashamed. Even with a small son, he scolded so that Ali cried out of fear. Then, however, he apologized, but then everything happened again. He cannot contain his anger.