Our Story / Bizim Hikaye series set a record in India 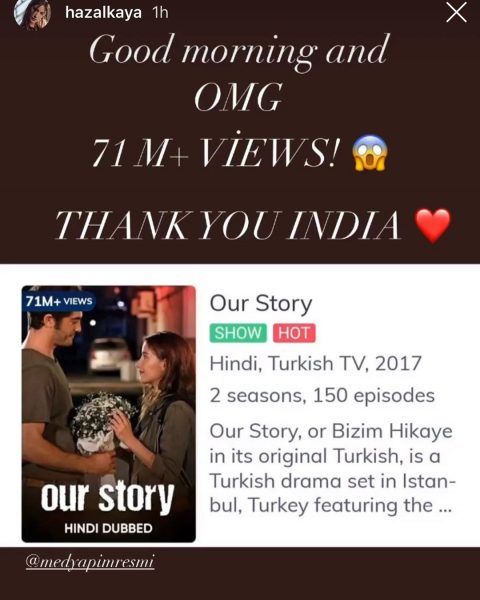 Indian streaming platform MX Player announced that Our Story / Bizim Hikaye series, which was released on the service in February, has already watched by 71 million viewers. We remind you that this is a Video on demand platform which works on the principle of payment for each episode of the TV show, which makes the figure even more significant. The series of Hazal Kaya and Burak Deniz is still one of the top most viewed TV shows on the platform. Hazal Kaya posted on her Instagram message with gratitude to the people of the country.