Fire in the house of Hazal Kaya 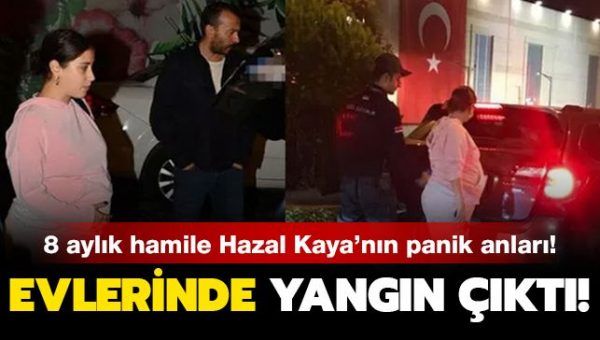 Fire in the house of Hazal Kaya

One of the most beloved Turkish actresses Hazal Kaya experienced the awful moments. However, friends came to her rescue and did not leave her in trouble. What happened?

According to the presenters of the program I can not rest silent / Söylemezsem Olmaz there was a fire in a house of Hazal Kaya in Zekeriyaköy. Hazal was at home with her mother, her husband Ali Atay was on a trip promoting his new movie. Fortunately, the actress did not suffer, although she survived very unpleasant minutes.

It is curious that the information about the fire did not immediately become known to the press. The accident did not happen yesterday, but a little earlier, the actors tried not to disclose the details, but the paparazzi nevertheless sniffed them. Hazal, who is nine months pregnant, is sheltered by a neighbor and her close friend. His name was not mentioned, but the hosts hinted that he is also an actor whom you all know well. Moreover, he was her partner in one of the popular series.

Of course, Turkish viewers immediately realized that it was Çağatay Ulusoy, who is Hazal’s closest friend (she calls him her brother). Moreover, he is the closest neighbor to the actress in Zekeriyaköy. While the house is being renovated and the smell disappears, Hazal moved to her mother’s house, that is located in the center of Istanbul, but this is not very convenient for her because all the necessary things are in the damaged house. Hazal personally confirmed the information about the fire on her Instagram and said that she was okay. Of course, she was scared, but now she feels well and hopes to return home soon.

We hope that all the unpleasant moments are left behind and Hazal will not have to worry more. Moreover, there are people around her who are ready to help in difficult times.