Rating of Turkish Digital TV shows in IMDB on March 22, 2021 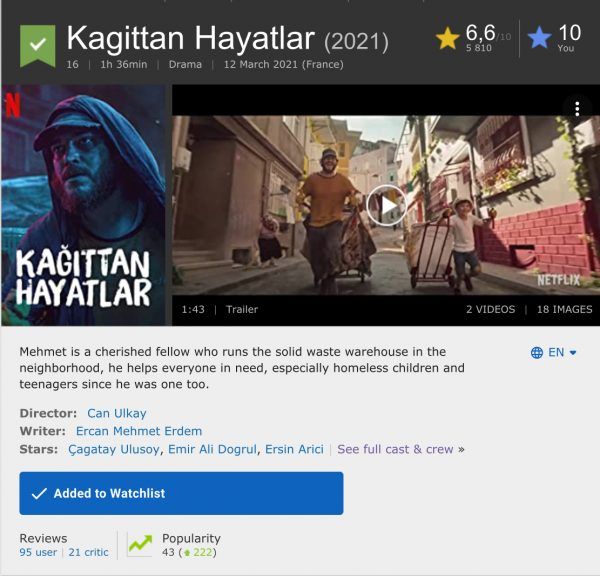 This week, the positions of Turkish Netflix series in the international movie database IMDB was determined by the success of the new Turkish film Paper Lives starring Çağatay Ulusoy on Netflix. Thanks to the interest in the film throughout Latin America, Europe and the Middle East, the project was in 43rd position in the database among all films in the world and in 113th position among all film and television projects in the world.

Predictably, the positions of other shows of Çağatay Ulusoy in IMDB raised. The rating of the digital shows was topped by The Protector. Curiously, the yet-to-be-aired series Yeşilçam also captured the interest of international viewers, ranking 2820. This is the only unreleased Turkish project that already has a rating in the IMDB.

Places in IMDB for digital projects this week were distributed as follows: