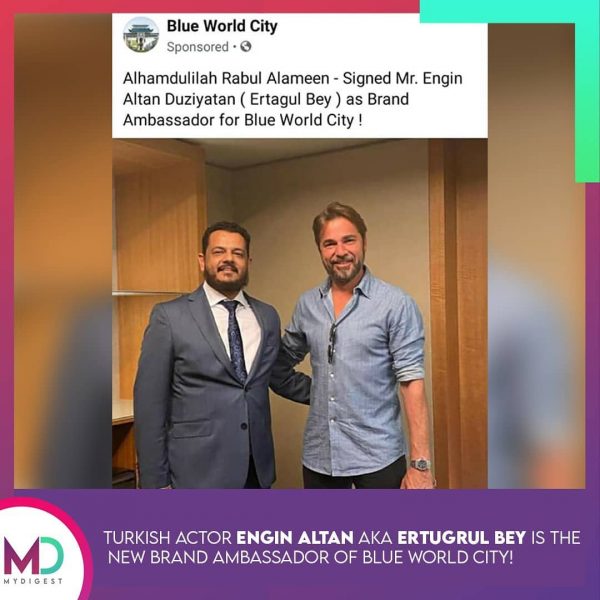 Lahore, Pakistan-based construction company Blue world city has announced a contract with Engin Altan Düzyatan to be the face of the brand. In the near future, the actor will arrive in Lahore for the inauguration of the mosque. Recall that the series Diriliş: Ertuğrul which is now shown in Pakistan, has become the biggest hit in the history of the country. It is not surprising that the actors involved in the project are very popular. The transaction amount is several million dollars.