Fahriye Evcen will return to TV series this season? 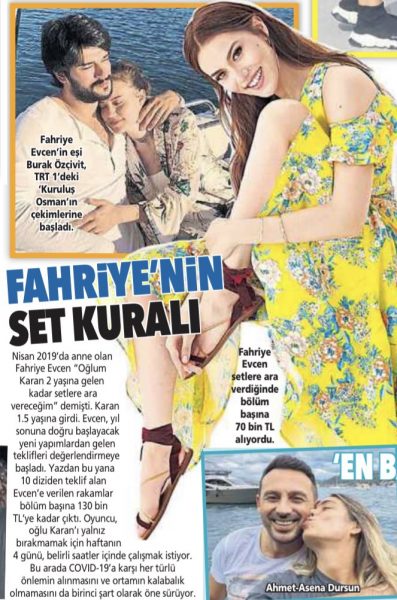 The Turkish press reports that Fahriye Evcen, who took a break from her career to become a mother, has decided to return to the set after her son Karan turns 2.

The actress is already considering job offers for the series, which will begin later this year. As it became known, Fahriye received more than 10 offers, some worth 130 thousand Turkish lira per episode (apparently we are talking about a digital platform). The actress set a condition on the work schedule. She can work 4 days a week, since the main thing for her is baby Karan. She also asks to take additional security measures against coronavirus.