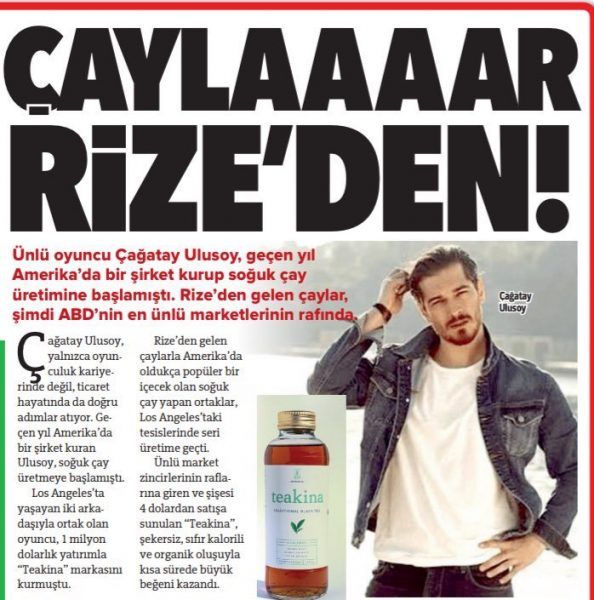 Çağatay Ulusoy is not only a popular actor and aspiring producer, but also a businessman who works in the American market selling Turkish goods. And as it turned out, very successful.

The journalist of the Hürriyet publication Mehmet Üstündağ reports that Çağatay Ulusoy continues not only his acting career, but also develops his business in the United States. Last year, he and two friends in Los Angeles created the company Teakina Iced Tea, an investment of $1 million.  The business turned out to be very profitable, tea from Riza region in Turkey, which sells for $4 per pack, now is sold in large retail chains in America and is in demand due to its taste, zero calories, lack of dietary supplements and sugar.

Note that entry into large US retail chains for a niche business is a very serious achievement, which indicates a stable demand for the offered product. We can only hope that Çağatay  will continue to work in TV shows, despite his business successes.