Çağatay Ulusoy celebrates his 30th birthday and seems to be showing a new character. “I’m very grateful for the great cause that you guys have done on behalf of me. While blowing out this candle, I wish healthy and happy life for each one of you. Thank you all.” (c) Çağatay Ulusoy

TV series of channel D Unfaithful / Sadakatsız will be released on Wednesday, October 7, competing with such TV series as The Ottoman, My name is Melek, Knock on my Door and My home My destiny

Hazar Ergüçlü congratulated her friend Çağatay Ulusoy on his birthday.

OGM Pictures congratulates Çağatay Ulusoy on his birthday and admits that they will be delighted with new projects with the actor and new excitements. Recall that just yesterday we reported rumors about a new series by producer Onur Guvenatam based on another novel by psychiatrist Gülseren Budayıcıoğlu starring Çağatay Ulusoy

Didem Balçin warned her fans that fake accounts were opened on her behalf, to which scammers are asking to transfer money. The actress asked not to fall into this trap

The TV show Empire of Lies, which is a remake of the Turkish TV series Black Money and Love, tops the ratings in Mexico with an audience of 2.8 million viewers 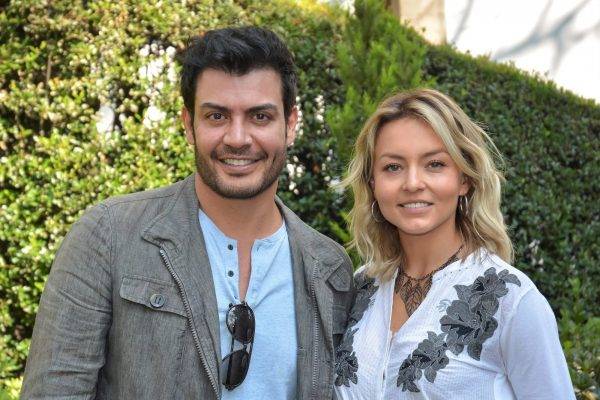 In one week, the first episode of the TV series Apartment of the Innocents / Masumlar Apartmanı on YouTube has already been watched by more than 7 million viewers. Which is about 7% of the Turkish rating.

Ilknur Seref congratulated her friend Çağatay Ulusoy on his birthday. Photo was taken in Los Angeles

Already next Monday, viewers will meet with the formidable old man of the mountain Hasan al Sabbah – the founder of the Hashashin sect and the creator of the Nizari state.

Emir Ali Dogrul congratulated Çağatay Ulusoy on his birthday. Recall that in the film Deadlock of Struggle, Emir played the son of Çağatay

Baki Davrak has joined the TV series The Pit / Çukur, where he will appear in the 4th episode as Ogeday

Yesterday, the shooting of the new season of the series The Bandits / Eşkiya Dünyaya Hükümdar Olmaz began

The 8th season of the TV series The Eighties / Seksenler starts on TRT1 on Monday, October 5

After Esra Bilgiç liked the post on Twitter that RTUK probably has dinner when the Hercai series is on the air, the fans of the TV show spam Esra’s account. The actress had to delete her like.

The team of the TV series The Ottoman / Kuruluş Osman celebrated the birthday of director Metin Gunay. He was previously responsible for the creation of the series Resurrection Ertugrul.

Turkish bloggers criticize the Ariza series because of the scene where one of the characters (Hasan) insults the Almighty during the final fight. For Muslims, such an insult is not forgivable, and for this reason, many began to turn to RTUK to cancel the series.

Today, one of the brightest Turkish actors of the young generation, Çağatay Ulusoy, celebrates his 30th birthday.