Can Yaman: Mr Wrong is over, what’s next? 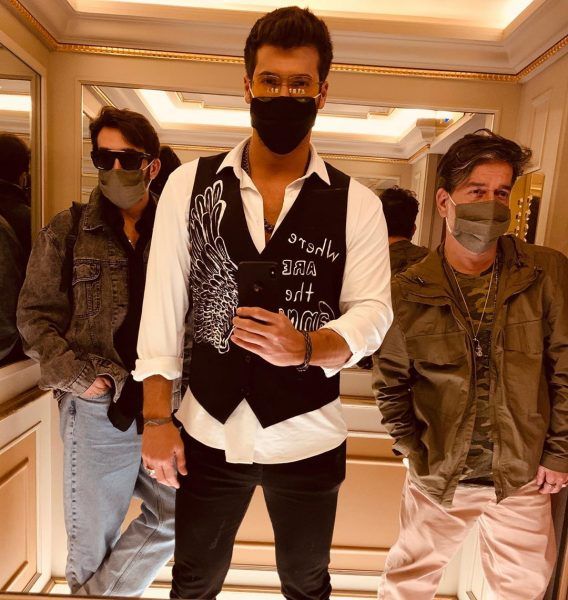 Can Yaman: Mr Wrong is over, what’s next?

What Can Yaman plans to do after the final of the series Mr. Wrong / Bay Yanlış. What are the next plans of the actor and do we know anything about his new work? Will it be a movie or a TV show?

The unexpected decision of Fox TV to cancel the series Mr. Wrong / Bay Yanlış shocked the film crew of the project. The shooting of the 15th episode of the summer romantic comedy has already begun, however, due to the decision of the management, the script had to be urgently rewritten and the story will be completed on the 14th episode.

Upset, Can Yaman left a sad message on Instastories: “Actually, we could have grown beautiful flowers, but we were planted in the wrong land.” His line raised eyebrows on social media. Journalists immediately wondered who exactly he had in mind.

However, it is unlikely that it will be possible to get an answer to this question from the actor who immediately flew to Italy, where he became a guest of the TV program of the TV5 channel. After the interview, Can left for Milan to film the television show “Verissimo” with Silvia Toffanin. The program is scheduled to air on Saturday, October 3.

Also, Can Yaman finally personally met with his idol – a Turkish director living in Italy, Ferzan Ozpetek. Recall that the actor has repeatedly expressed his desire to work in the films of the famous master, and perhaps this time his dream will come true.

However, Can Yaman’s foreign tour will not be limited only to Italy this time. According to the Mexican media, the actor also plans to travel to Mexico, where his series “The Daydreamer” will begin soon. It should be noted that Turkish TV series have been successfully running in Mexico for a long time, but Turkish actors have not yet visited there.

However, the main question asked by fans of the actor is when he intends to return to the screens and in which series. Many speculate that summer romantic comedies are not the genre he needs. He has to take a risk and try his hand at the dramas of the main television season. Maybe he should join a historical project. His body type makes it possible. But, of course, the decision is Сan’s.