What happened to Serenay Sarikaya? 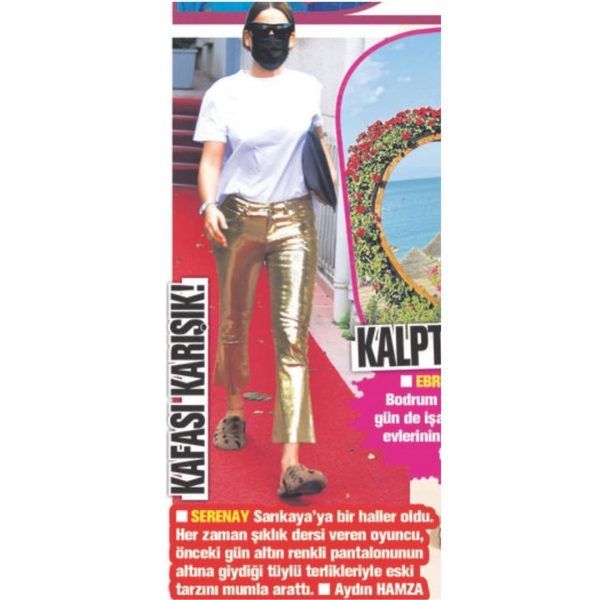 Serenay Sarikaya delighted the paparazzi with an extravagant outfit for 2 thousand US dollars (slippers and trousers). The actress visited an eyebrow shaping center in Bebek district.

It looks like Serenay wants to remind producers that she is still waiting for work. We remind you that a year ago, she announced that she was ready to act in a TV series of in a film, it doesn’t really matter for her. 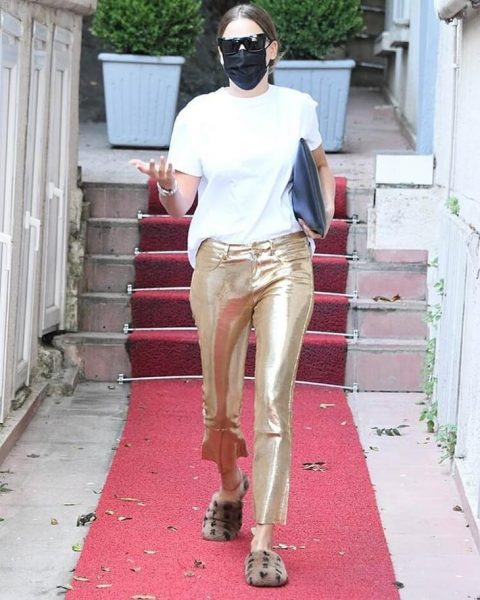 However, the Turkish press reacted in a rather peculiar way to the latest appearance of the star of the musical Alice in Wonderland, posting articles asking what happened to Serenay? The actress, always famous for setting the tone in fashion and being a style icon, appeared in front of cameras in old slippers, which she wore a year ago and in gold pantaloons. Ironically, she met the reporters in the same place where she showed off the same Louis Vuitton slippers a year ago.