The Daydreamer will air in the US 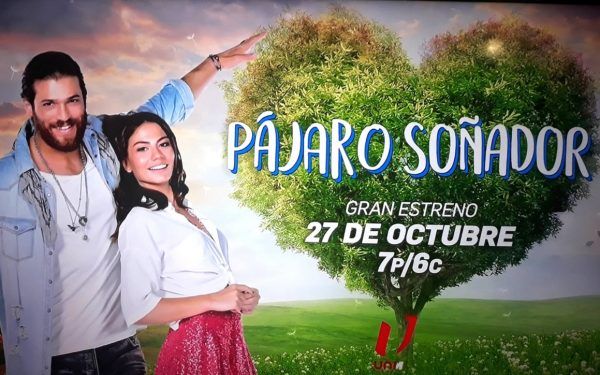 The series The Daydreamer / Pájaro Soñador begins airing in the United States on the Spanish-language TV channel UniMas on October 27. The channel is owned by the Spanish-speaking network Univision Communications and broadcasts to Florida and the Hispanic population of the United States via satellite and cable networks. The series will replace the famous Turkish project What is Fatmagul’s Crime. This is not the central channel of the media network, but its branch.

Note that currently Univision’s rival Telemundo TV channel is broadcasting the Turkish TV series My Daughter / Todo Por Mi Hija with great success, having seized the initiative from the Univision channel, which held the lead with the Endless Love / Kara Sevda series. Many experts suggest that in the near future another Turkish super hit will be launched on the central channel of the Univision media group, betting on the Magnificent Century. In the meantime, Univision is successfully broadcasting the series Imperio de Mentiras, which is a remake of the Turkish TV series Black Money Love.