Will Çağatay Ulusoy star in the Pit / Çukur TV series? 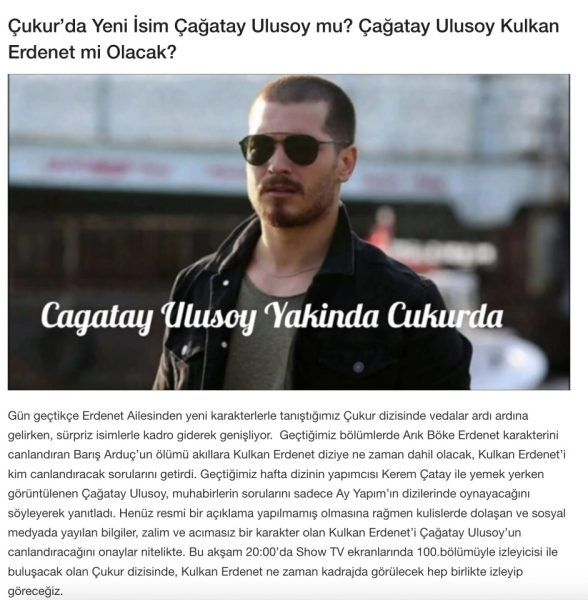 The Turkish press sometimes comes up with amazing things. So one of the publications in all seriousness reports that last week Çağatay Ulusoy had lunch with the producer of Ay Yapim Kerem Çatay and said in an interview that he would appear only in the series of this company. Therefore, in the near future, he will star in the Pit / Çukur series as Kulkan Erdenet.

Note that Çağatay has not given interviews to journalists since March, and has never voiced the strange idea of ​​working only with Ay Yapim. A week ago, he was seen in the company of his friend Kıvanç Tatlıtuğ in Marmaris, while Kerem Çatay was safely in Istanbul. Now the friends are resting with the whole company on yachts and while the actor is not going to return to the set, especially in the series, which is already in its fourth season. If Çağatay return to the Turkish series, it will only be in the TV show, which will be made especially for him.