Didem Soydan did not forgive the insult 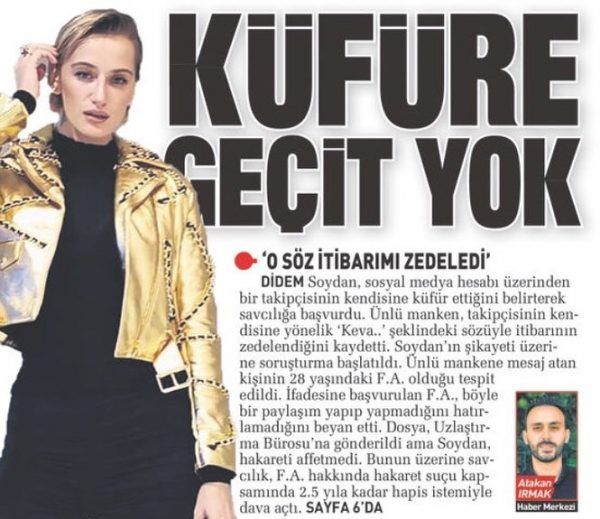 The beloved of Burak Deniz Didem Soydan appealed to the prosecutor’s office, demanding to punish one of the users of social networks who swore dirty in his comments, insulting her.

The girl said that she did not intend to forgive it, her reputation suffered. 28-year-old F.A. admitted that he did not remember anything like that, he did not write insults. The prosecutor opened a case on charges of libel, demanding 2.5 years in prison for the accused, since the fact of insults was documented. Recall that according to Turkish law, users of social networks do not have anonymity, the prosecutor’s office can get information about who writes what.