Melisa Şenolsun got a fortune in a minute 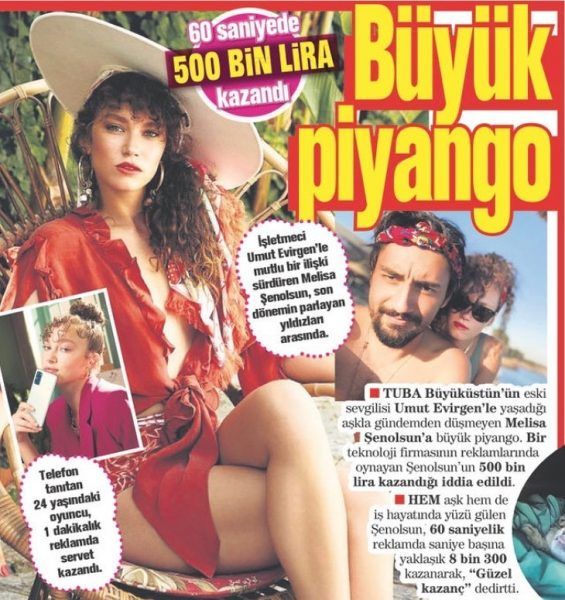 According to the Turkish press, Melisa Şenolsun, known for her love affair with Tuba Büyüküstün’s former boyfriend Umut Evirgen, signed a very lucrative advertising contract. For advertising the phone, which lasted 60 seconds, the actress earned 500 thousand Turkish lira. That is, one second of a star was worth 8 thousand 300 lira.