Knock on my door VS Simurg: will the strongest survive? 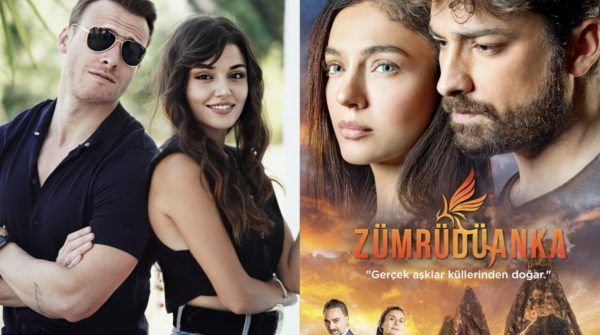 Knock on my door VS Simurg

The good news for the fans of the series Knock on my door / Sen Çal Kapımı is that Fox TV is determined to save the project at any cost. Even if it means sacrificing another TV show.

This season Fox TV channel is particularly voracious, ordering more and more TV shows. Not surprisingly, the old series are cancelled mercilessly as soon as they start losing ratings. It looks like another victim of a relentless rating race is the series Simurg / Zümrüdüanka.

What this means for the projects and why they have decided to swap them. As is known, on weekends Turkish viewers prefer light romantic stories, though the audience is much smaller. But there is no such tough competition as on weekdays. As a result, the TV series Knock on my door has a real chance to gain additional audience and be renewed for a couple of months if successful.

On Wednesday, however, Simurg will face fierce competition with such TV series as The Ottoman, The Unfaithful, Your Home Your Destiny, My Name is Melek, and a new TV show of Star TV.

It is not clear whether Simurg, which has seriously lost in the ratings recently, will withstand such competition. Most likely not, and the management of Fox TV understands this. Alas, these are the cruel laws of Turkish show business. They decided to save the series Knock at my door made by the largest production company Medyapim, by sacrificing the TV show of the smaller production company Pastel.