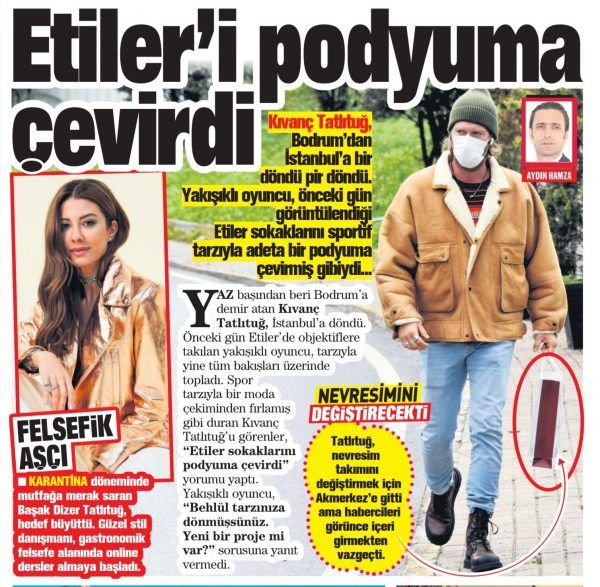 The new image of Kıvanç Tatlıtuğ for the Netflix series surprised the Turkish press. Has the superstar of the Turkish screen returned to his legendary role as Behlül Haznedar?

Kıvanç Tatlıtuğ, who was vacationing in Bodrum in the summer with his wife Başak Dizer, his friend Çağatay Ulusoy and his beloved Duygu Sarışın returned to Istanbul. The actor was spotted the day before near the Akmerkez Mall. When he noticed the journalists, he quickly stopped a taxi and refused to answer any questions from the press, promising to talk some other time.

The next day, the Turkish press published new photos of Kıvanç under the headlines “Behlul is running away.” Thus, the journalists emphasized the similarity between the new image of the actor and his legendary role in the TV series Forbidden Love.

The question they asked Kıvanç about whether he had a new work and whether his style was related to the new project was rather odd. It will be recalled that the new TV show of the star was officially announced by Netflix. Kıvanç will soon begin filming in the series “The Story of the Submarine”. Apparently that’s why he didn’t talk to the press – the digital platform strictly controls interaction with journalists, preferring official channels.

When will the shooting of the new project of Kıvanç Tatlıtuğ begin? What image will the actor choose for the new role? Who will be his co-star? We will find out about all this in the very near future.