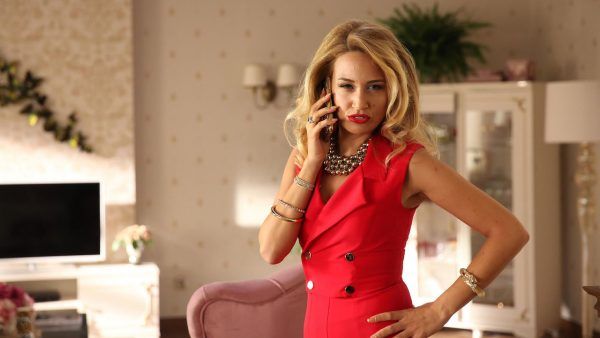 Gupse Özay  proves again and again that she is considered one of the most popular and beloved Turkish actresses. As it became known, the wife of Barış Arduç has not one, but two new projects.

One of the most sought-after Turkish actresses, Gupse Özay, is preparing to make a comeback in two projects. Shooting of her new TV show for the digital platform will begin in January.  According to the Turkish press, Gupse will earn 50,000 Turkish lira per episode. The name of the platform has not yet been announced, but it should be noted that both Netflix, Amazon and local Turkish platforms, which are already numerous, have expressed their desire to work with the star.

Also, she is finishing the preparation of the script for her own movie, which will begin filming next summer. According to preliminary information, the film will be released in November 2021. Note that all of Gupse’s films enjoyed great success in the Turkish box office and were bought by Netflix for international screening.

Whether the new movie of Gupse Özay will be released in cinemas or due to the coronavirus epidemic will be released directly on one of the digital platforms, we will find out very soon. In any case, her new film will be in great demand among distributors, like the previous works.