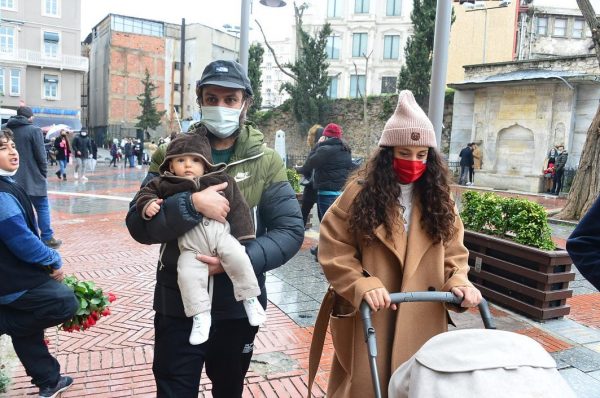 Erkan Kolçak Köstendil was spotted with his wife Cansu Tosun on a walk near the Galata Tower. The paparazzi asked about his alleged feud with Kıvanç Tatlıtuğ. Some bloggers published information that Kıvanç was supposedly supposed to play in the fourth season of the Çukur series, but they had a fight with Erkan, and therefore he refused. Ercan was very surprised to notice that he loves Kıvanç very much and watches his series with pleasure. What nonsense are they asking him?

Note that last year Kıvanç Tatlıtuğ signed an exclusive contract for filming a series and a movie for the Netflix digital platform, and he could not join the Çukur series even for five minutes. It was because of the terms of the contract that he could not play the role of Ataturk, which he dreamed of, which he regretfully told reporters about. Alas, the imagination of social networks is limitless, and the Turkish media do not want to “filter” information at all.