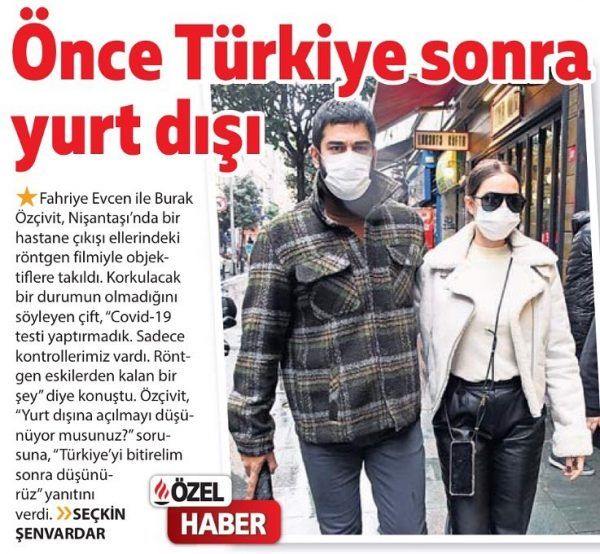 Will Burak Özçivit continue shooting in the series  The Ottoman or will he join the international digital platform as his colleagues did? The paparazzi learned about this from the actor in person.

Burak Özçivit continues to work successfully in the series The Ottoman, being the leading star of the Turkish screen. Of course, an ordinary viewer, like the Turkish press, is interested in the future career of the star. Is the actor thinking about working outside of Turkey anytime soon?

And the journalists managed to find out about this directly from Burak. The actor, who was noticed in the Nisantasi district with his wife Fahriye Evcen, answered the question of journalists if he was going to work abroad. Burak said that he would first finish his work in Turkey, and only then think about working abroad.

Note that Burak signed a five-year contract to work in the series The Ottoman with the possibility of renewal for a sixth season in case of good ratings, so in the next three to four years he will be engaged in one of the most popular TV series in Turkey. And then we will see. While Burak Özçivit remains among those superstars who will continue to delight viewers with their presence on free Turkish television.