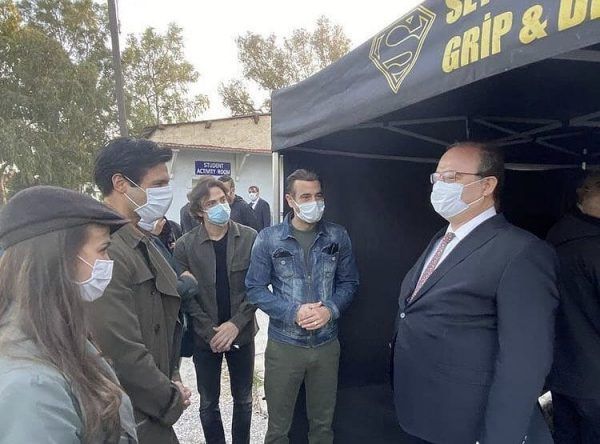 Vice President of Turkey Fuat Oktay visited the set of the series Once Upon a Time in Cyprus / Bir Zamanlar Kıbrıs. After watching several fragments of the series, Mr. Oktay admitted that they caused him very lively emotions, as if he lived it all over again. After all, this is not just a history, this is something that many remember as if it were yesterday. It is very important for him that people remember history and do not forget the reasons for what happened. The oppression of Turkish Cypriots did not begin in 1963, but a hundred years earlier. The emergence of a terrorist organization that persecuted the Turks was only a consequence of the policy that led to the division of the island. And they will no longer allow the massacre that happened at this moment.

The plot of the series begins in 1963, when inter-ethnic clashes began in Cyprus, which ended ten years later with the division of the island into two independent states.