Can Yaman’s father protected his son from insults 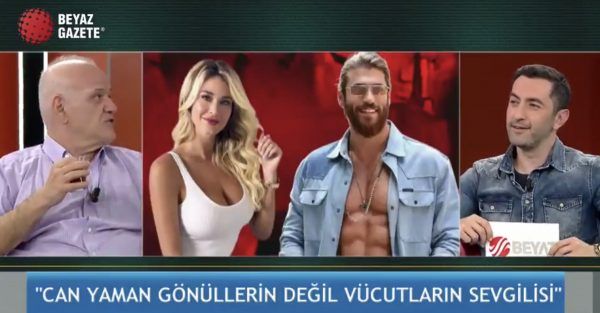 Can Yaman’s father protected his son from insults

In Italy Can Yaman is one of the most popular young actors. However, in Turkey, the actor has those who do not wish him success. However, his father is on his side and always comes to the rescue.

New controversy around Can Yaman and his beloved Diletta Leotta. The well-known sports presenter and former judge Ahmet Çakar in the program on YouTube took a hard look at the actor, calling him Kezban. And he considers his Italian bride Kezban as well.

Kezban can have many meanings: redneck, stupid heifer, ignorant, fool. Mr. Çakar thinks that Can may be famous, a handsome man with good body, just like a bear, but he is a fool, and a bride to match him. He doesn’t think that Can is loved in Italy. They give money to people, so they are going to support him. According to Mr. Ahmet Can does not even know the multiplication table. He does not know the day and place of birth of Ataturk. Can Yaman is a beloved for the body, not for the soul.

Of course, the father of Can Mr. Guven Yaman, could not stand the insults towards his son and gave a detailed answer to them, saying that perhaps his son is much more aware of many things than this ill-mannered presenter.

As for Can’s current profession, Mr. Ahmet only demonstrated his ignorance of actors and his prejudices. You have to respect your body. If you neglect this aspect of your life, then this should be embarrassed, not proud. Can works out in the gym, not puffs up muscles. He could have said a lot more, but is Mr. Çakar worth all these words? Let him try better to get rid of his prejudices and learn to speak culturally.

We wonder how the actor will react to these words? May be in this case, the best thing for him will be to remain silent.