Çağatay Ulusoy with his beloved resting in Bodrum 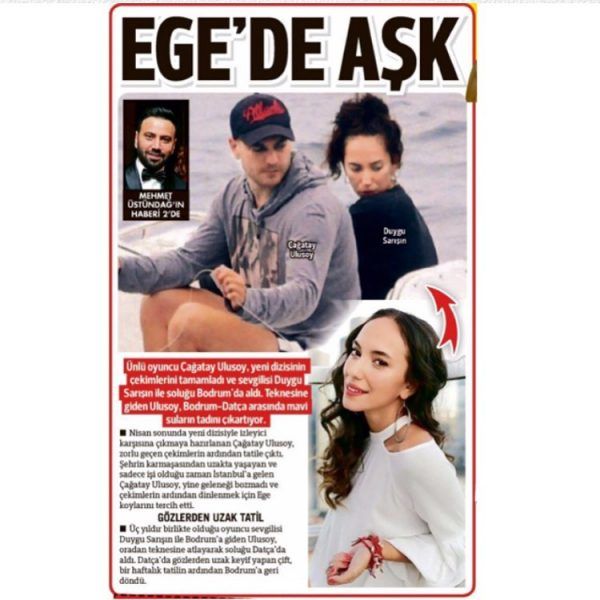 According to Hurriyet journalist Mehmet Ustundağ, after the completion of the filming of the first season of the series Yeşilçam Çağatay Ulusoy traditionally left with his beloved for Bodrum. Çağatay on his yacht first went to Datça, where he spent a week fishing, and then returned to Bodrum. As you know, the actor prefers to be away from Istanbul and returns only to work. Fishing is his way to relieve fatigue after hard work on the set of the  series. His beloved Duygu Sarışın is always by his side. Recall that the couple has been dating for the fourth year.