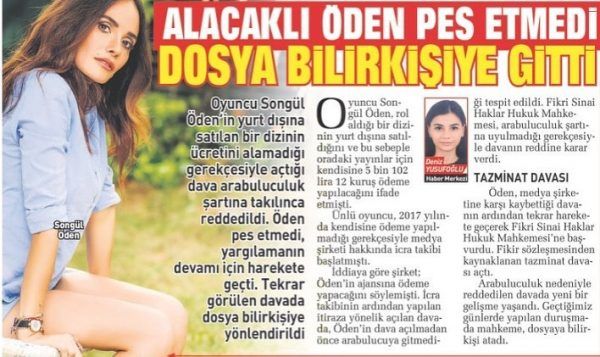 The court dismissed Songül Öden’s claim against one of the production companies. The actress demanded that the company should pay her 5,102 lira as a percentage of the sales of the series with her participation to foreign broadcasters. However, the judges considered that the condition of pre-trial reconciliation of the parties was not met and on this basis the claim was rejected. The actress went to court with a new statement, as a result of which an expert examination was ordered in the case.