Netflix Movie “Have You Ever Seen Fireflies?” – 1st day results 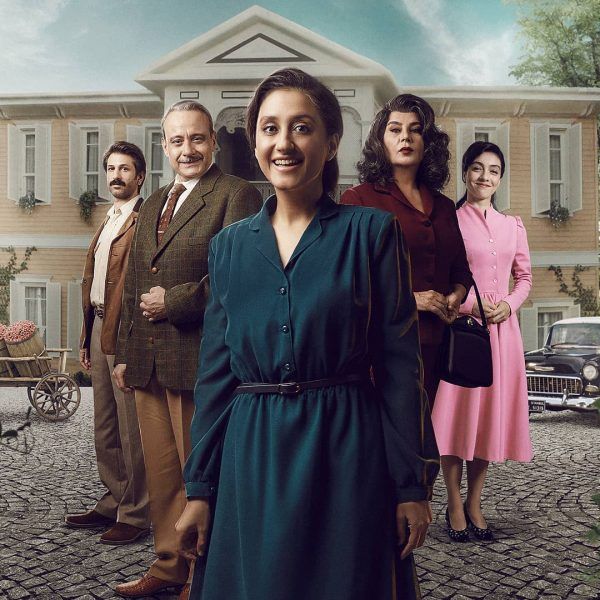 Have You Ever Seen Fireflies? / Sen Hiç Ateşböceği Gördün Mü?

Thanks to a large advertising campaign in Turkey, the new Netflix movie Have You Ever Seen Fireflies? / Sen Hiç Ateşböceği Gördün Mü? ranks 1st in Turkish Netflix with 10 points. The movie is on the 56th place among Netflix releases in the world. Besides Turkey, the film did not arouse interest in any other countries. For comparison, the previous Netflix movie Paper Lives / Kagittan Hayatlar the next day after the release came in third place in the world, hit the top in 38 countries and received 284 points. By the way, Can Ulkay’s film by starring Çağatay Ulusoy continues to be in the top of Turkey at the 10th position. Let’s see how long Yılmaz Erdoğan’s film will manage to preserve the 1st position. 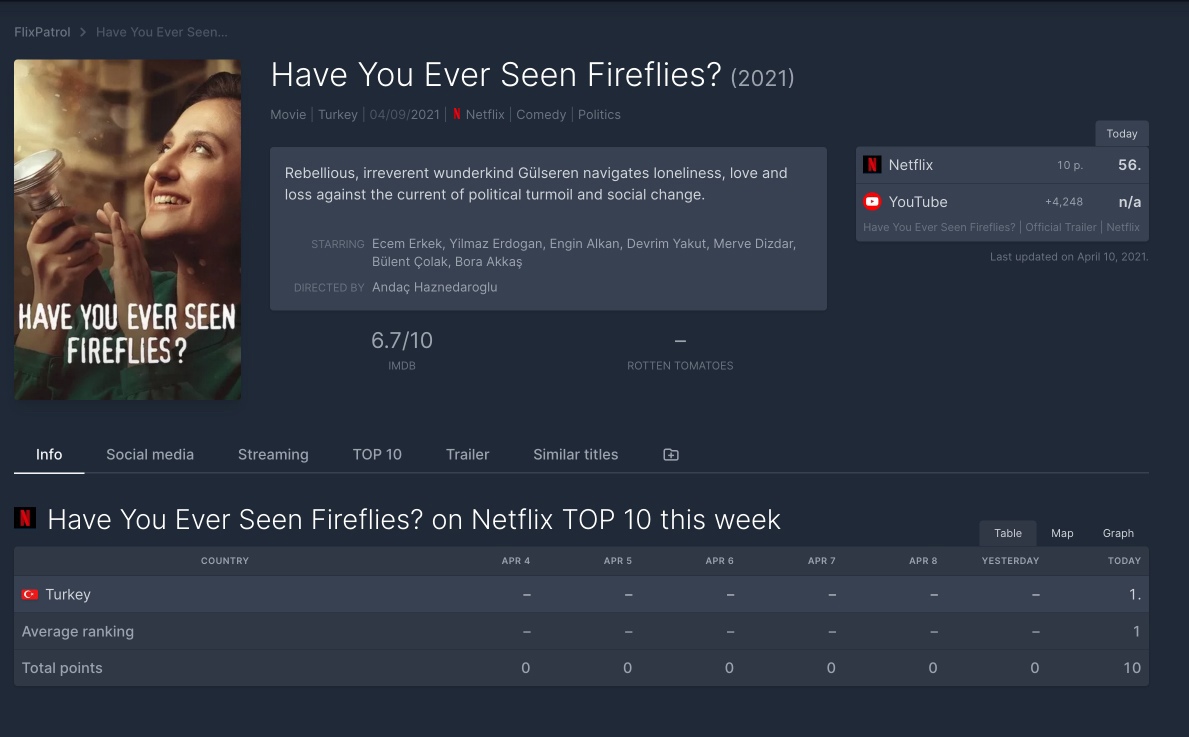