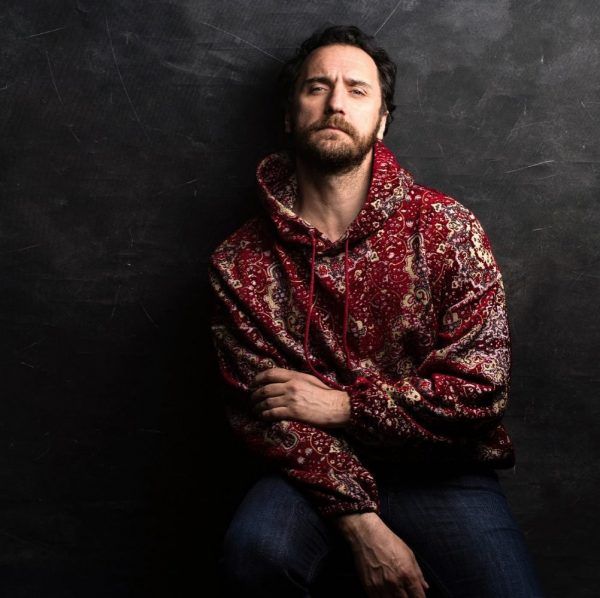 The star of the TV series “What is Fatmagul’s crime?” Fırat Çelik returns to the screens with a project that will be released on the digital platform Blu TV. What do we know about the actor’s new work?

After the worldwide success of the series Fatmagul, Fırat Çelik was noticed not only by Turkish viewers, but also by international fans of Turkish television production. However, the actor chose to return to his native France, where he was successfully engaged in the restaurant business. Everything changed after the outbreak of the pandemic. The Paris restaurants were closed and Fırat decided not to waste time, returning to acting.

This week he returned to Istanbul for a new series of the digital platform Blu TV. The journalists were able to take a short interview with Fırat in the Cihangir district. The actor and his friends were sitting right on the doorstep of the house, making an improvised café.

The 40-year-old actor told reporters that they are starting filming the series Hidden / Saklı for Blu TV, where his co-stars will be Defne Kayalar and Hazar Ergüçlu. Hazar finishes filming a television series Flame, then she is scheduled to shoot a film, and later she will join their team. There will be forbidden love, marriage, treason, murder in the plot, everything that the Turkish viewer likes. The project is a Turkish adaptation of the popular American TV series The Affair.

It is not yet known when the subscribers of the digital platform Blu TV will see the new show, however, unlike Netflix, the Turkish platform releases its projects much faster, so it is quite possible that it will release the series in the fall.