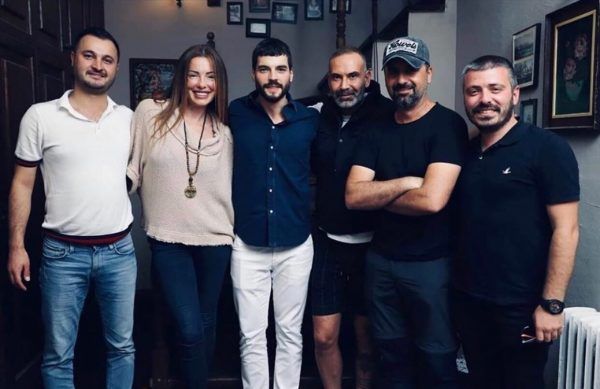 Akın Akınözü’s recordings appeared on social networks, in which the actor offends someone. However, what do they prove and what consequences can they have for all parties to this conflict?

The series Hercai is over, but the tension between producer Banu Akdeniz and lead actor Akın Akınözü is only growing. Recall that during the filming of the show, the producer praised the actor in every way and took endless photos with him, but after he refused to sign a contract to star in her new series, she made a scandal.

The representative of the production company Mia Yapim has issued an official statement. The astonished viewers learned that Akın turns out to be “a drunkard” and “rowdy”, who was constantly late for shooting. Since the ATV TV channel expressed official support for the actor, sending him a special letter of gratitude for the work done (Banu did not receive such a letter), the producer went even further.

Off-screen videos were published in which Akın Akınözü yells at someone. Curiously, there is no beginning or end of this recording. That is, it is completely unclear what provoked the actor’s reaction and what happened next. As we all know, you can provoke a person just to know their weaknesses.

Who provoked the scandal and how it all ended, we do not know. Taken out of context, phrases can never be considered proof of anything. Someone is shouting something to someone – this is not a fact. The only fact that we can state is that the producer Banu Akdeniz is trying with all her might to harm the career of the actor, which does not do her credit. We also remind you that recording someone without their consent is a criminal offense in Turkey and that this can lead to prosecution.