Surprises from the stars of the series Yeşilçam 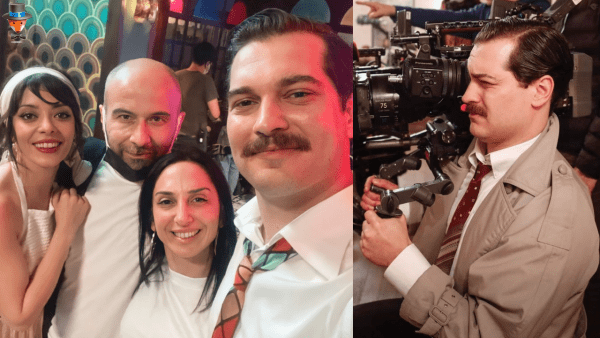 The series of the digital platform Blu TV Yeşilçam has become a golden ticket for the entire cast. Not yet completing filming in the project, the actors sign agreements for a new work. What surprises await fans?

The Turkish digital platform Blu TV continues to air the series Yeşilçam, starring Çağatay Ulusoy, Afra Saraçoğlu and Selin Şekerci. The success of the project has increased interest not only in its stars, but also in the whole cast, which received its “moment of fame”. The actors are happy to give interviews to the press and sign agreements on new projects in television and advertising.

As it became known, Yetkin Dikinciler, who played the role of the lead producer of Yeşilçam, joined the cast of the most high budget series in the history of the Turkish show business Brothers Barbarossa / Barbaroslar, where he will play the role of older brother Ishak Reis. Afra Saraçoğlu signs one advertising agreement after another. Selin Şekerci, not yet completing work in the second season of Yeşilçam, signed a contract for a new project. And Çağatay Ulusoy will be busy in the next two years in the Netflix science fiction film, the Amazon digital platform series and a television series written specifically for him.

Another star of the Yeşilçam series, Ayta Sözeri, who was noticed the day before in the Cihangir district, admitted that she was very pleased to work with Çağatay. However, if you don’t love your work and don’t give it all, then you will not be able to work with him. The actor is a perfectionist, he does only the best, the most beautiful. They had a dance scene. The dance teacher said that everything is fine, there is no need to do more takes, it worked out. However, Çağatay decided to repeat it one more time. And more …   This guy danced non-stop for seven days. He really loves his work.

If you liked the dance of Çağatay and Afra in the first season, then expect the same surprise in the second. This time Çağatay and Selin will dance, and most likely it will be a tango. What other surprises the creators of the project have prepared for us, we will find out at the end of this year, when the second season of Yeşilçam is released.