Serenay Sarıkaya and Çağatay Ulusoy are on the agenda again 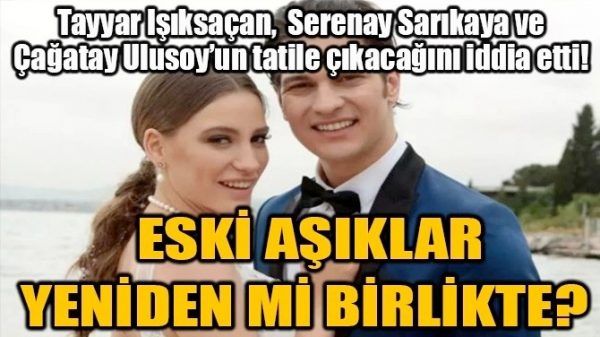 Çağatay Ulusoy, who starred with Serenay Sarıkaya in the TV show Medcezir 5 years ago, could not get rid of ridiculous rumors about his personal life.

He had already appeared holding the arm of his real beloved Duygu Sarışın and asked the journalists not to write absurdities, alas, that did not help. According to the “journalist” of the UçanKuş TV publication, Tayyar Işıksaçan Serenay Sarıkaya and Çağatay Ulusoy reconciled, rented a yacht (he even announced the price for rent) and went on vacation together.

We are forced to disappoint the “journalist” – Çağatay may have gone on vacation, but he has his own yacht, and he has his girlfriend Duygu Sarışın, whom he has not changed for many years. Interestingly, someone else will believe in this absurd? Are there still naive people like that?