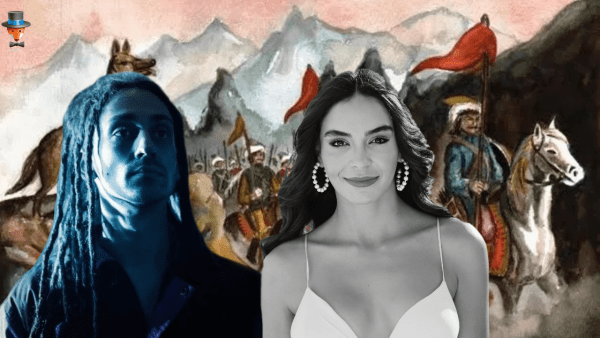 Ebru Şahin and Edip Tepeli  have become the protagonists of Mehmet Bozdağ’s new historical series Legend, which will begin filming in the coming days. What do we know about the project right now?

Ebru Şahin, who won the hearts of Turkish and international viewers after working in the series Hercai, returns to the screens in a new historical project by the famous producer Mehmet Bozdağ, who is well known to the audience from previous works in the series Resurrection Erturul and The Ottoman.

Filming of the new series Legend / Destan starts in mid-August. After a long search, the producer finally chose Edip Tepeli, who previously worked in the series Kurt Seyit and Sura and the Ambassador’s Daughter. It is he who will play the main role of the son of the khan named Batuga, whose hand is paralyzed, becoming a co-star of Ebru Şahin. Kaan Çakır, Filiz Ahmet and Selim Bayraktar will also be featured in the series.

The beautiful love story of an orphan girl Akkız, which will take place in the 8th century, will be filmed by director Emir Khalilzadeh. The screenwriters Ayşe Ferda Eryılmaz and Nehir Erdem previously worked on the series The Lifeline and Ambassador’s Daughter. The series will premiere on ATV in September-October this year.