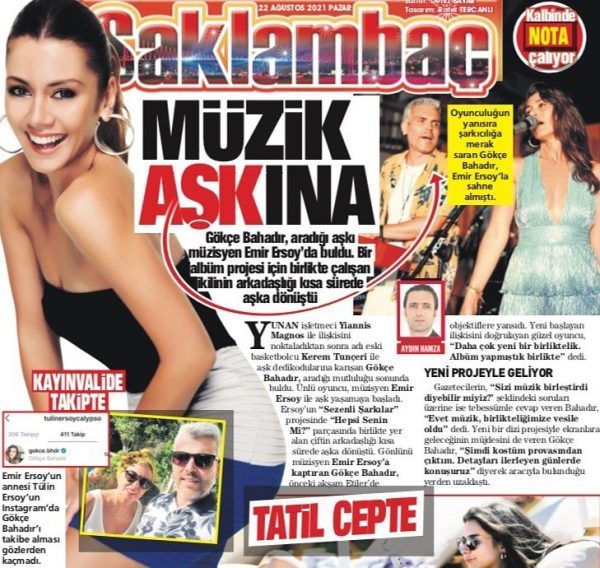 Gökçe Bahadır, who was noticed leaving the set of the new series “All About Marriage”, told reporters that the broadcast of the project will begin in September, now they are in the process of filming. The actress did not deny that she began a relationship with musician Emir Ersoy, noticing only that they are still in the process of getting to know each other, everything is still too new.