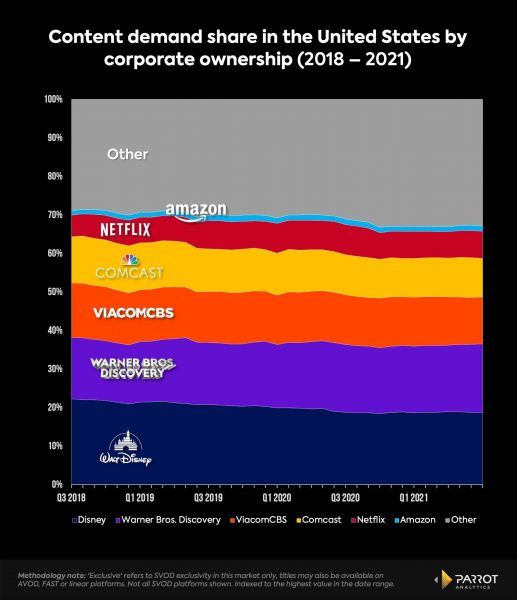 Parrot Analytics informs that when Discovery’s digital platform completes its merger with WarnerMedia, the combined companies will control the second-largest share of demand for original content in the United States, leaving Netflix behind in 2024. Recall that the newly created company will also include HBO Max, which series is significantly ahead of the average demand for series in the world (Game of Thrones is generally 53.62 times ahead). Discovery’s proprietary platform lags behind HBO but is also performing well.