When will the new project of Çağatay Ulusoy be announced? 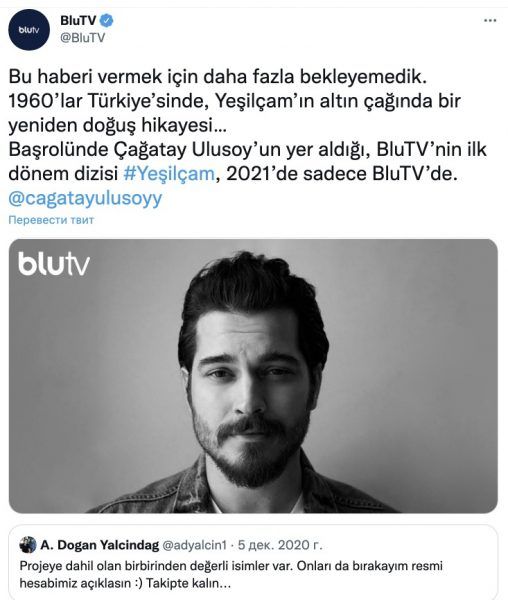 On December 5, 2020, the digital platform Blu TV announced a new series Yeşilçam starring Çağatay Ulusoy. On October 28, the platform will release 5 episodes of the project at once. If they continue to release one episode a week, then the series will make the final just at the beginning of December. Thus, it is clear that the actor has signed a contract with the company for a year and a new series / film will be announced after the completion of this contract, that is, in early December.