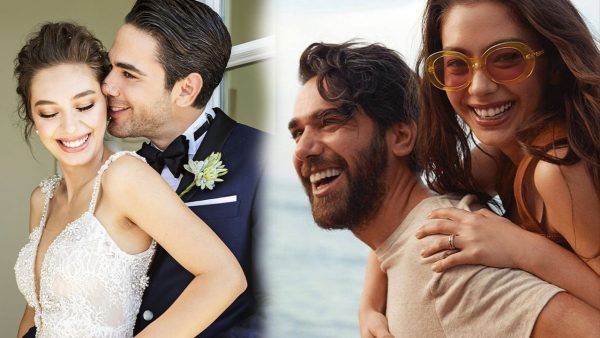 Birsen Altuntash reports shocking news – Neslihan Atagül and Kadir Doğulu have joined the Bektashi Sufi order. That is why they are close friends of Murat Dalkılıç, who adheres to the same beliefs. His fiancée Sitare Akbas also joined the Order.

For reference: Bektashi is a Sufi order founded by Haji-Bektash in the 13th century. Close to Shiism (for reverence for Ali) and contains elements of Christianity (baptism). It was widespread in Turkey, Albania and Bosnia – mainly among former Orthodox and Uniates who converted to Islam. They perceived the world through the triads: Allah, Muhammad and Ali, had a ritual meal of wine, bread and cheese. In Anatolian and Balkan folklore, Bektashi always appear as free-thinkers who live outside the norms of traditional Islamic law. In Turkey, the order operated clandestinely until the 1980s. The founder of the order, according to Eflaki, did not follow the rules of Sharia and never prayed. The main postulates of the order were respect for others and tolerance. The Bektashi share the doctrine of Wahdat al-Wujud and an allegorical understanding of the Qur’an and Sharia. They celebrate Nowruz as Ali’s birthday and practice an annual confession to a mentor.