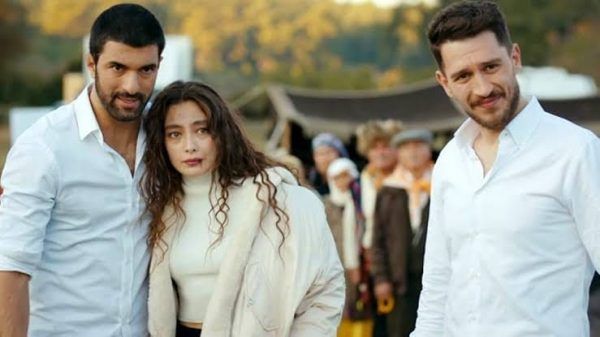 The finale of the series Ambassador’s Daughter / Sefirin Kızı brought another puzzle to the audience. Engin Akyürek deliberately ignored his former co-stars in his farewell to the project. The press had no choice but to wonder what had caused it.

On Tuesday, May 11, the series Ambassador’s Daughter made a rather modest finale. The project of the Star TV channel, on which high expectations were placed, gradually lost its viewers and ended its airing almost at the bottom of the ratings. However, the creators of the series did not lose. The project is being successfully sold abroad. This is largely due to the stars well known to foreign audiences – Engin Akyürek, Neslihan Atagül and Tuba Büyüküstün, who replaced Neslihan.

However, it was not the low ratings of the final that excited the Turkish press, but the message of the leading actor Engin Akyürek, which he left on his Instagram page. The actor warmly thanked his colleagues on the set, especially noting those who stayed with him in the final episodes when they experienced particular difficulties. Of course, gratitude was also expressed to the co-star Tuba Büyüküstün.

The journalists immediately noticed that Engin did not mention either Neslihan Atagül or Uraz Kaygılaroğlu in his message. Besides, he is not following his former co-stars on Instagram. They immediately concluded that the reasons for Neslihan and Uraz’s departure from the project may not be exactly those that were explained to the audience. Moreover, Neslihan also did not thank Engin in her farewell message when she left the show.

What actually happened on the set of the project, and will we ever find out about it? We can only guess about this. Apparently there will be many versions.