Digital platform Netflix has officially announced that it is changing the method of counting TV shows and films in the top 10. Previously, 2 minutes of viewing the project on the platform were taken into account, but from now on, the total viewing time will be taken into account, and this data will be opened and published weekly on Tuesdays on a special site. It will present a world ranking and a ranking by country of separately English-language films and TV series and non-English-language projects. The geography of getting to the top will also be published. 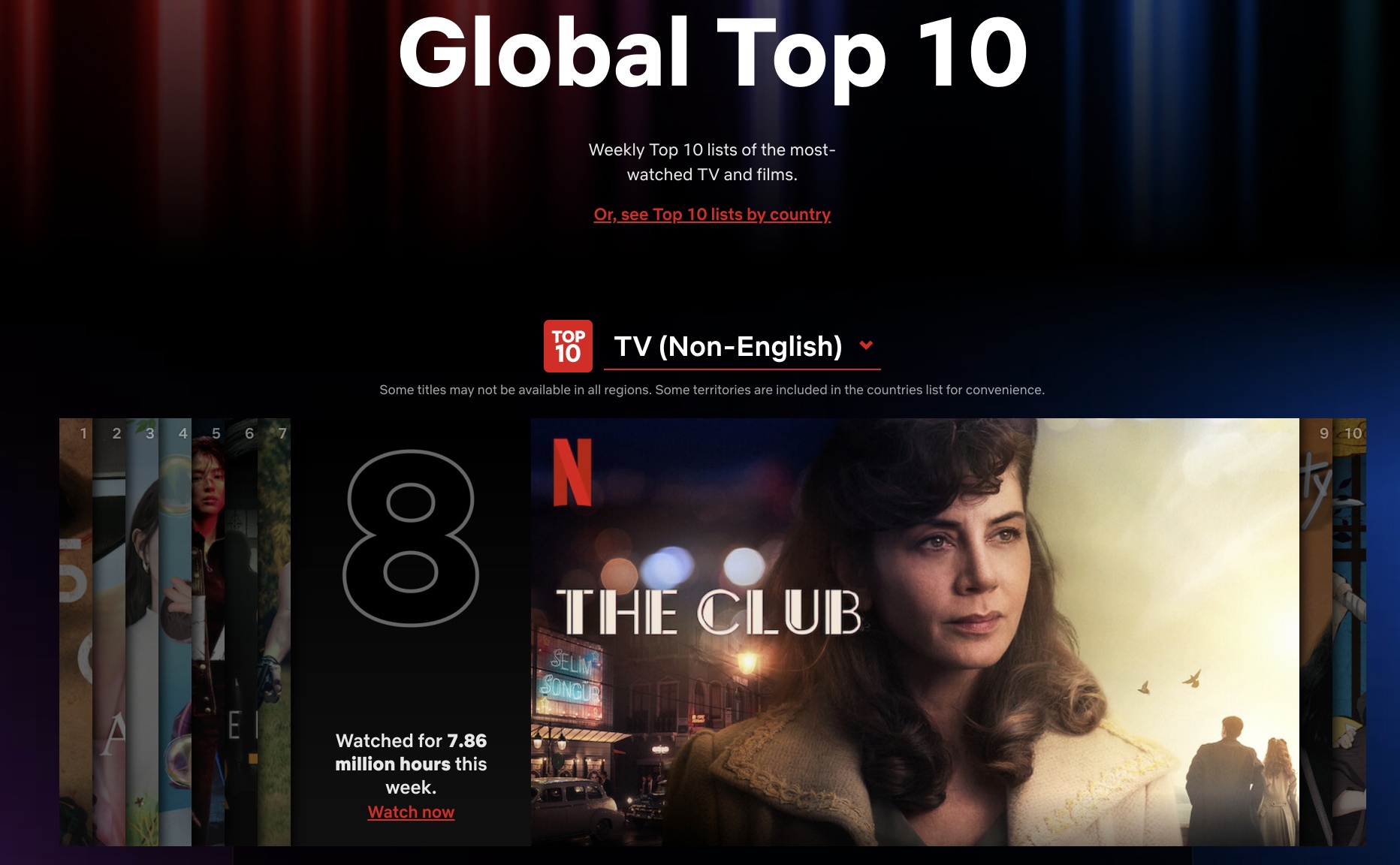 As a result, the Turkish TV series Club became the eighth most watched non-English-language TV series on the platform last week (November 8 to November 14, 2021) with 7,860,000 viewing hours, ranked 1st in Turkey. It is noteworthy that the show achieved this result only thanks to Turkish views. Fortunately, the platform provided data not only for November, as it turned out, the methodology has been in effect since July. So, the second season of the series Love 101 in September had 12 million hours of viewing per week. 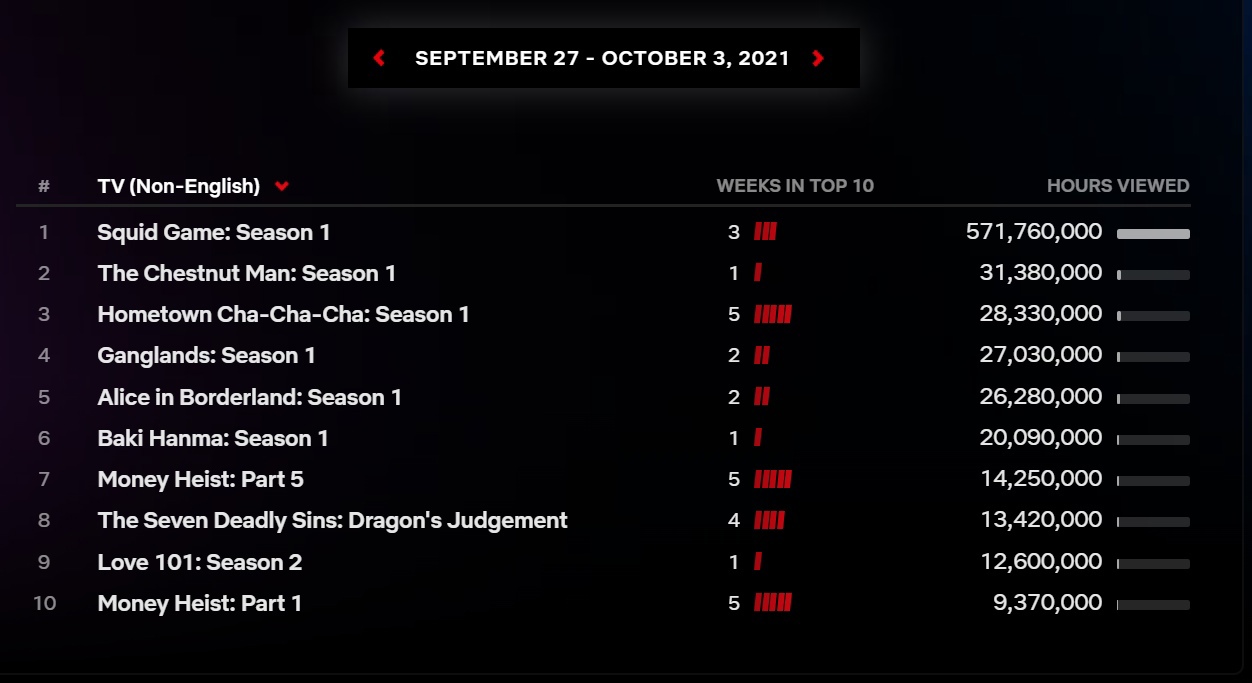 According to Netflix official figures, the Club series has not made it to the top in any other country in the world. This means two things: 1. Turkish viewers have carried their TV-watching habit into the digital era. On television, the Turkish audience watches twice as many series as the rest of the world. Apparently, on the platform, the viewers continue to do the same. 2. The official figure of 3 million Netflix subscribers in Turkey clearly does not take into account the fact that Turks are more willing to share access with their neighbors and friends. If in the world there are 2-3 viewers per account, then in Turkey this figure must be much higher in order to get such a number of views. 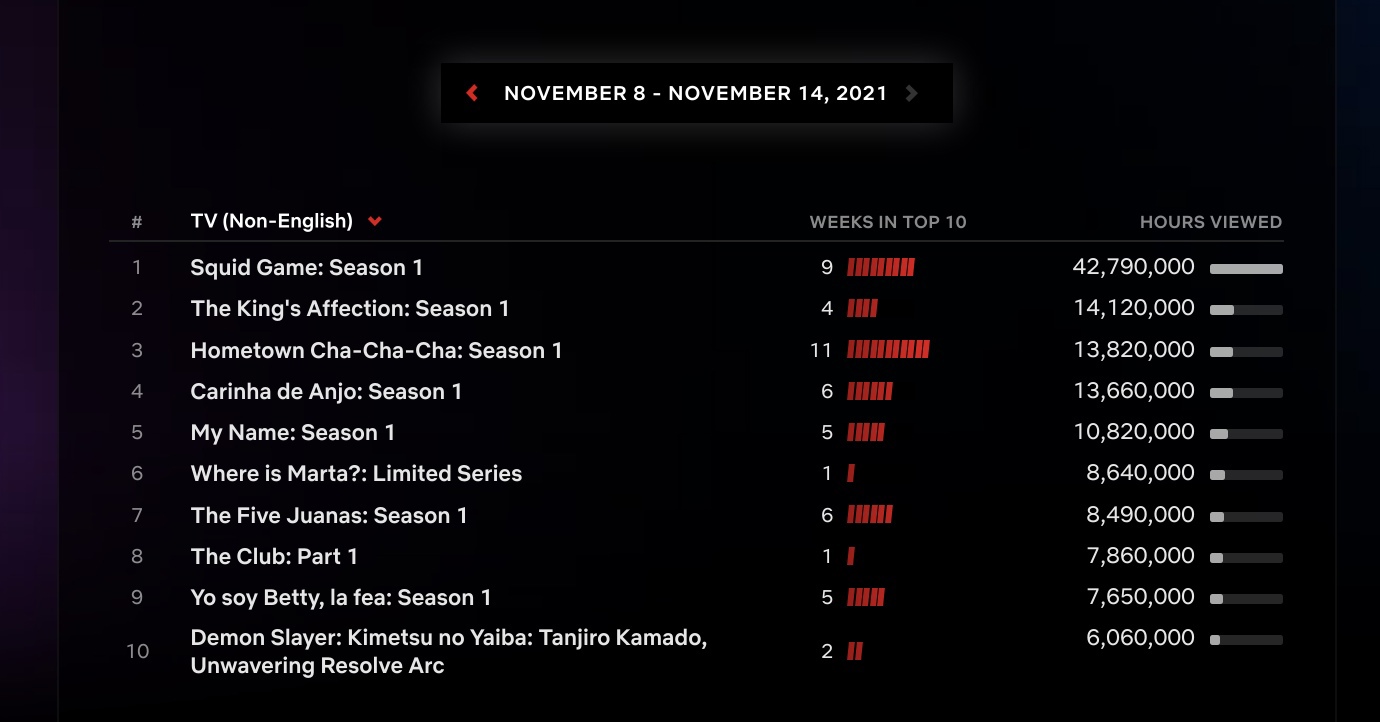 And the main question is how important Turkey is for Netflix, we already know, because it is in this country that the platform is going to build its first film studio. Now we are convinced of the importance of Turkish views and on specific numbers. But will they allow the management of the platform to give the go-ahead for the second season of The Club? Or will they just delight the fans and nothing else?