Hande Erçel and Kerem Bürsin at the Ayaklı Gazete Awards 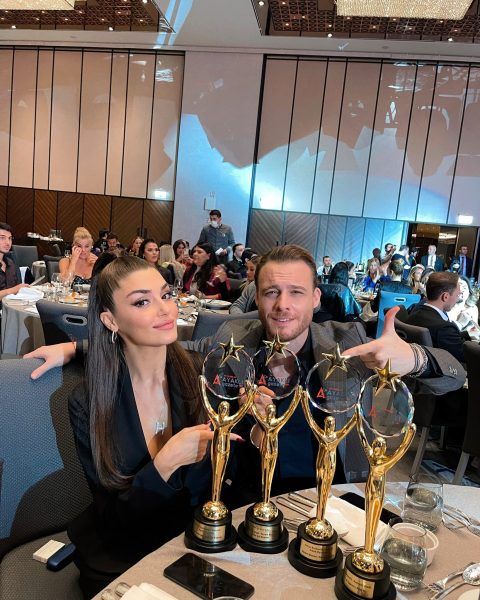 Hande Erçel and Kerem Bürsin  appeared at the Ayaklı Gazete Awards together, causing a stir in the Turkish press. The actors have won awards for Best Romance, Best Actor in Romance, and Best Couple on TV. The couple chose not to answer the question about marriage, which worried the paparazzi so much, noting that this is not the time and place. But the stars admitted that it was very pleasant to work together, and they would like to work in the future in a TV series or film. But everything will depend on the script and characters.