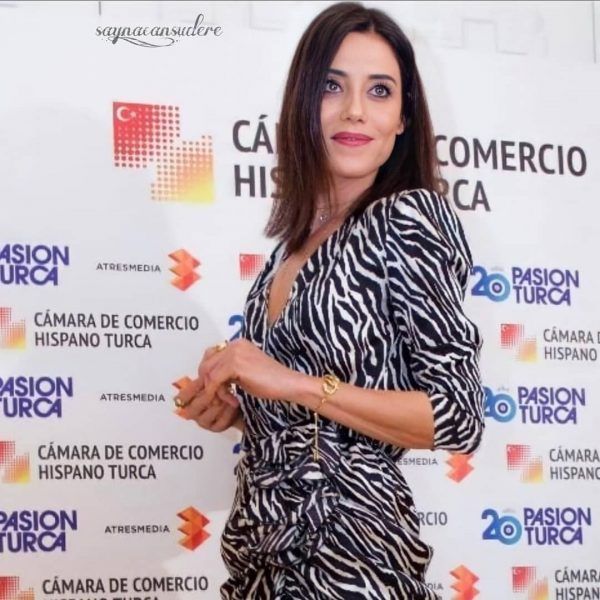 Cansu Dere, who is one of the biggest stars of the Turkish screen, also enjoys the great love of Spanish viewers. The day before, the actress went to Madrid, where she received a well-deserved award.

On Wednesday, December 1st, Cansu Dere received the “Individual Success” award from the Spanish-Turkish Chamber of Commerce (CCHT). The award was presented to artists who strengthen ties between Spain and Turkey. Let us remind that in Spain there is a great success of the series Unfaithful / Sadakatsiz, which tops the ratings of this country. Earlier Spanish viewers had enjoyed watching “Ezel”, “Sila” and “Mother” starring Cansu Dere.

The ceremony took place at the Four Seasons Hotel in Madrid. The actress received her award from the famous Spanish diva Luz Casal. The evening was attended by Cecilia Krull, Carlos Rodriguez, Sergio Bernal and other Hispanic stars. Cansu came to Madrid without a pump, having just broken out on the day of shooting the series “Unfaithful”, which continues in Istanbul. Who knows, maybe Spanish filmmakers will be interested in a talented actress who has been Turkey’s biggest star for over 10 years.