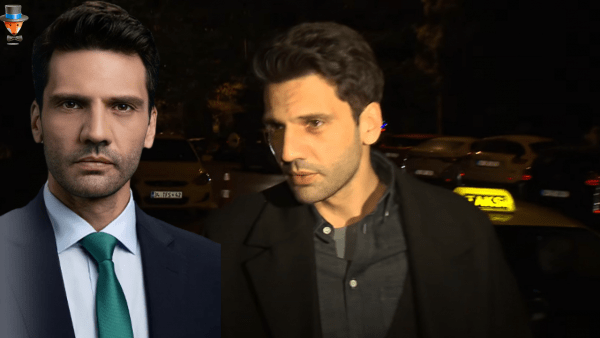 The Turkish press decided to invent a scandal truly out of thin air, accusing Kaan Urgancıoğlu of being a brawler who offended the media representatives who tried to interview him. However, is it really so?

After waiting for Kaan Urgancıoğlu at 1 a.m. at the exit of the restaurant, where he was with his manager, the journalists tried to interview him. The actor explained that he had had a few drinks and could not give interviews in this condition. If they want to ask him something, then it can be done in the morning, and not at midnight in front of the restaurant. Alas, the journalists did not calm down, Kaan asked to turn off the cameras, repeating that he would not give interviews. At this time and in his condition, no interviews are given outside. Then his manager also asked to turn off the cameras.

Note that for a tipsy person, Kaan was as correct as possible and behaved extremely politely, but this did not prevent the journalists from taking offense loudly. Birsen Altuntas, known for her gossip and scandals, was the first to get into controversy, noting that Kaan was not his first day in the industry and knows how it works. So why does he resent it so loudly. And most importantly, the manager also intervened in this. They’re all the same.

However, users of social networks, having watched the video of the interview, supported Kaan. In their opinion, if a person does not want to talk to the press at 1 am, this is his right and this is his personal life. You don’t have to watch people like thugs in an alley and then resent them for not answering your questions. Whether the Turkish media, which received a punch in the nose from their readers, will calm down or continue to stir up the scandal, we will find out very soon.