Do Kerem Bürsin and Can Yaman hate each other? 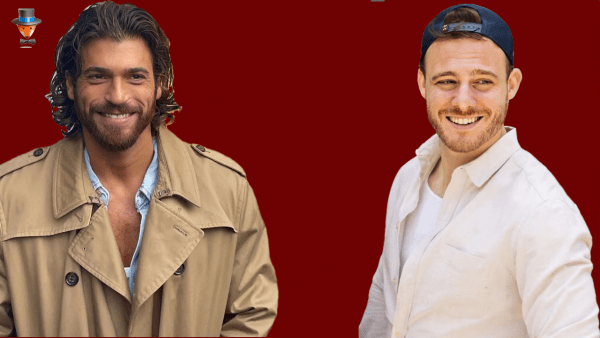 Kerem Bürsin and Can Yaman

Is it true that Kerem Bürsin and Can Yaman hate each other? Why did the Italian and Turkish press come to such a strange conclusion, and how did the actors react to it?

On Saturday, December 4, Can Yaman, who is continuing his career in Italy, attended the opening of the Christmas market in Rome, where he presented the stand of his association for helping sick children. The actor’s admirers were more interested in the opportunity to communicate with their idol in person and get an autograph. Can has just released an autobiographical book and everyone was able to get a personal signature from the actor. Recall that he is currently filming the Italian company LuxVide’s series “Violet as the Sea” and is preparing to work on the project “Sandokan”.

However, the Turkish and Italian media were more interested not in the work of Can Yaman, but in his supposed rivalry with another Turkish actor, Kerem Bürsin. According to the tabloids, Kerem and Can hate each other. The rivalry between them arose due to the demonstration on Italian television of the series “The Daydreamer” and “Love is in the air”. As journalists assure, Kerem has pulled on part of the audience, which fell under the charm of Can Yaman and the Turkish star is very unhappy.

Kerem Bürsin, in response to a direct question what he thinks about the confrontation, said that he had no problems with Can Yaman, everyone has their own career and everyone goes to success in their own way. Since the Italian press did not receive comments from Can, they preferred to draw their own conclusions that he was terribly jealous and worried that his popularity in Italy was falling due to the fact that another Turkish rival had appeared, whom the Italians appreciated.

However, Turkish TV series on Italian air will continue to be released, and the number of Turkish stars that Italian viewers will get to know will only grow. It is unlikely that Can Yaman will worry every time a new Turkish series is released in Italy.