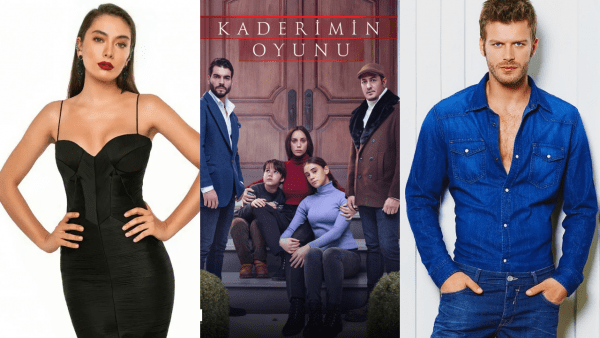 Despite low ratings, the series Game of My Destiny / Kaderimin Oyunu has been officially renewed for a second season. Why did this happen, and what does this mean for the fans of Neslihan Atagül and Kıvanç Tatlıtuğ?

According to the official statement of the Star TV channel, the series The Game of My Destiny / Kaderimin Oyunu, which airs on Fridays, is of great interest not only in Turkey but also abroad. The NGM Medya show has already been sold to 10 countries, mainly the Middle East and Latin America. Therefore, the channel and the producers renewed the series for a second season.

Note that in order for a TV show to be profitable, its rating should be 5-8%. Series that are below the 5% mark only cost money to the channel, and this is just the case of the series “The Game of My Destiny”. However, at the same time, the channel still decides to renew the unprofitable series for a second season. This is only possible if the TV channel has the rights to foreign sales, and in this way it compensates for its losses from broadcasting in Turkey.

Recall that in the new television season  the Star TV channel also expects to release the series starring Neslihan Atagül, which is made by TMC Film and Kıvanç Tatlıtuğ (the series “If the King Loses” by OGM Pictures). If TMC Film is not the problem: the company is small and cannot dictate its terms, then OGM Pictures is unlikely to make concessions as we can see with the series “Fancy Scarecrow” starring Çağatay Ulusoy, which the producer Onur Guvenatam refused to give to TV8, despite preliminary agreements.

Whether the Star TV channel will be able to get the series starring Kıvanç Tatlıtuğ in the new television season is not yet clear, but we can already say with confidence that the series “The Game of My Destiny” will be continued. We will also see the new series starring Neslihan Atagul on this channel.