Kıvanç Tatlıtuğ will be engaged in viticulture 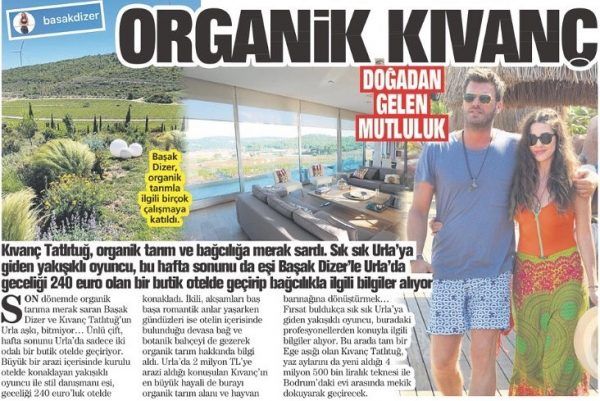 According to Turkish media reports, Kıvanç Tatlıtuğ became interested in the development of organic agriculture and viticulture. The actor again went to Urla with his wife Başak Dizer. The couple is staying at a luxury hotel for 240 euros per night and are exploring the possibility of developing viticulture in the area. They visited the vineyard and botanical garden near the hotel.

According to rumors, Kıvanç is considering buying a plot of land in Urla for 2 million Turkish lira to turn the place into an organic farming zone and build an animal shelter. In the meantime, the actor, who has just completed work on the Netflix series The Story of a Submarine, will go to the Aegean Sea, where he will spend a vacation on a new yacht for 4 million 500 thousand lira, which he recently acquired.