Çağatay Ulusoy in the center of a new controversy 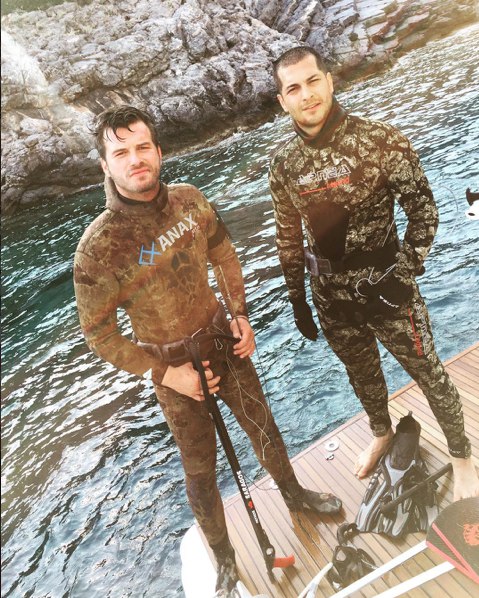 Cengiz Semercioglu, who was left without the usual work after his gossip program was closed, decided to continue to wag his tongue already on the pages of the tabloids. And of course, Çağatay Ulusoy, who allegedly caught a swordfish on a tubular harpoon, became the favorite target for him. Cengiz broke out into an angry article about the protection of nature, which caused a lot of ridicule among professional fishermen. It turned out that spearfishing, which is practiced by Çağatay, is an official sport, fish is not rare and is found in abundance, and judging by the size of fishing gear, the actor did not violate any laws, and he did not have the harpoon that was forbidden to use.

Actually, this was confirmed by Kıvanç Tatlıtuğ, telling reporters that they are very attentive to such things with his friend, they are caught only by authorized means, without balloons and a tubular harpoon, and in general are against catching a tubular harpoon. Moreover, if he and Çağatay see that someone is using such type of spear, then they report this to the authorities since they consider this behavior to be criminal.

By the way, one of the fishermen in a commentary to Mr. Semercioglu’s article noticed with a grin that his four-year-old son understands more in fishing than a journalist and it would be better for him to throw the pen far away from shame if he writes such ignorant things.