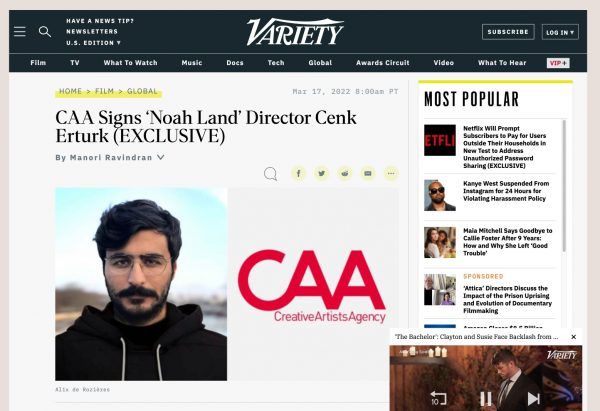 Hazal Kaya congratulated director and screenwriter Cenk Erturk, who signed an agreement with the largest American agency Creative Artists Agency (it represents the interests of almost all A-class Hollywood stars, including Tom Hanks, Steven Spielberg, Zendaya, Ryan Murphy, and many others). Recall that Cenk gained fame after the release of the film Noah Land / Noah Land starring Haluk Bilginer and Ali Atay. According to Variety, the director is currently writing the script for his first series, advising the creators of the Turkish TV show and working on his second feature film.