Bryan Singer tried to give an interview to Turkish paparazzi 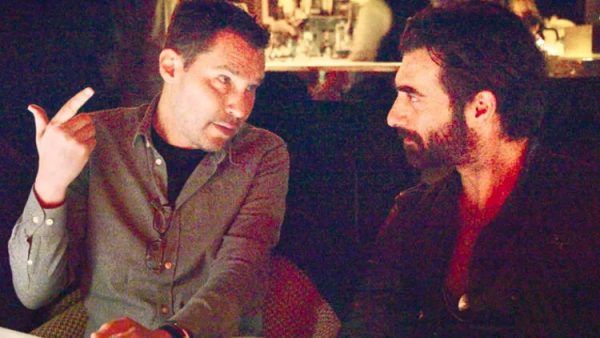 Renowned Hollywood director Bryan Singer (The Usual Suspects, X-Men) is in Istanbul for a vacation. Yesterday he was in the company of Ilker Kaleli, Belçim Bilgin, Engin Altan Duzyatan, Yagmur Tanrisevsin, Ketçe and other Turkish celebrities. When the company was leaving the restaurant, the American, who was very drunk, saw the journalists and, shouting “I want to talk to the paparazzi,” rushed to them. However, he was caught by friends, forced into a car and taken away. We wonder what exactly the director was so eager to talk to the Turkish press about?