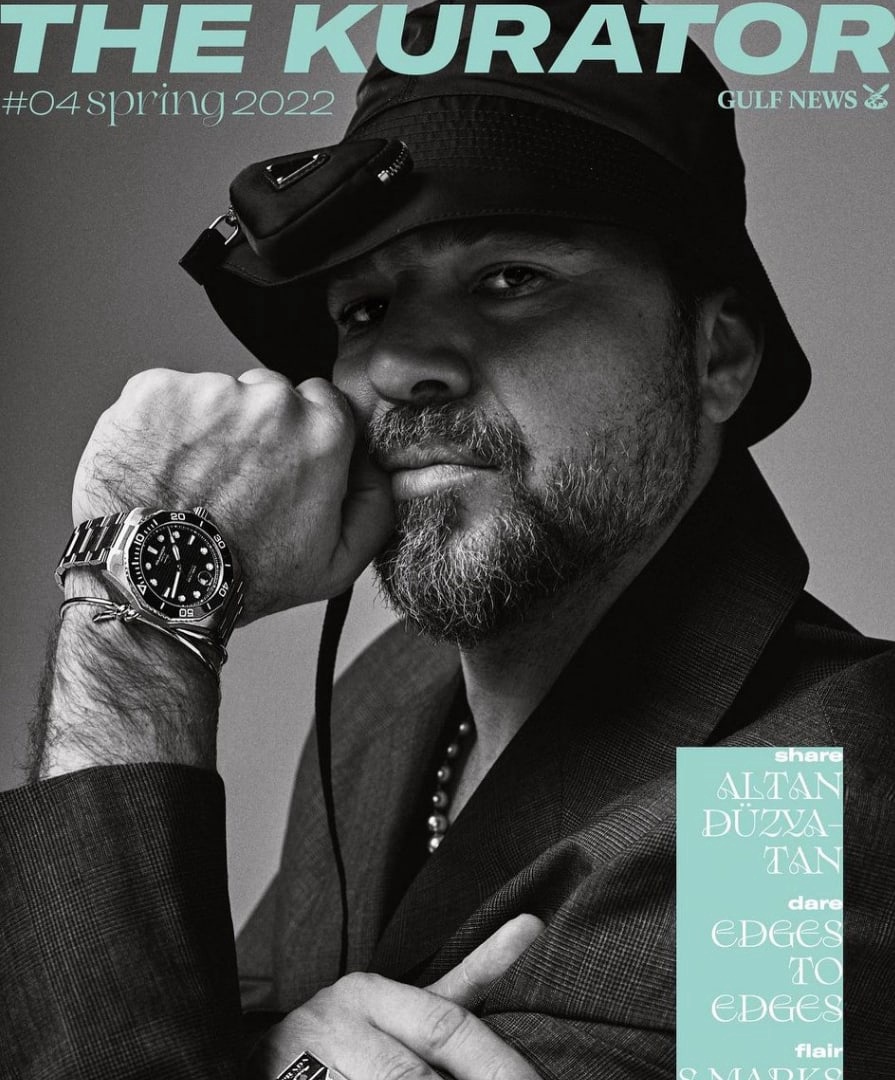 New episode of The Trial / Yargi will not air this Sunday 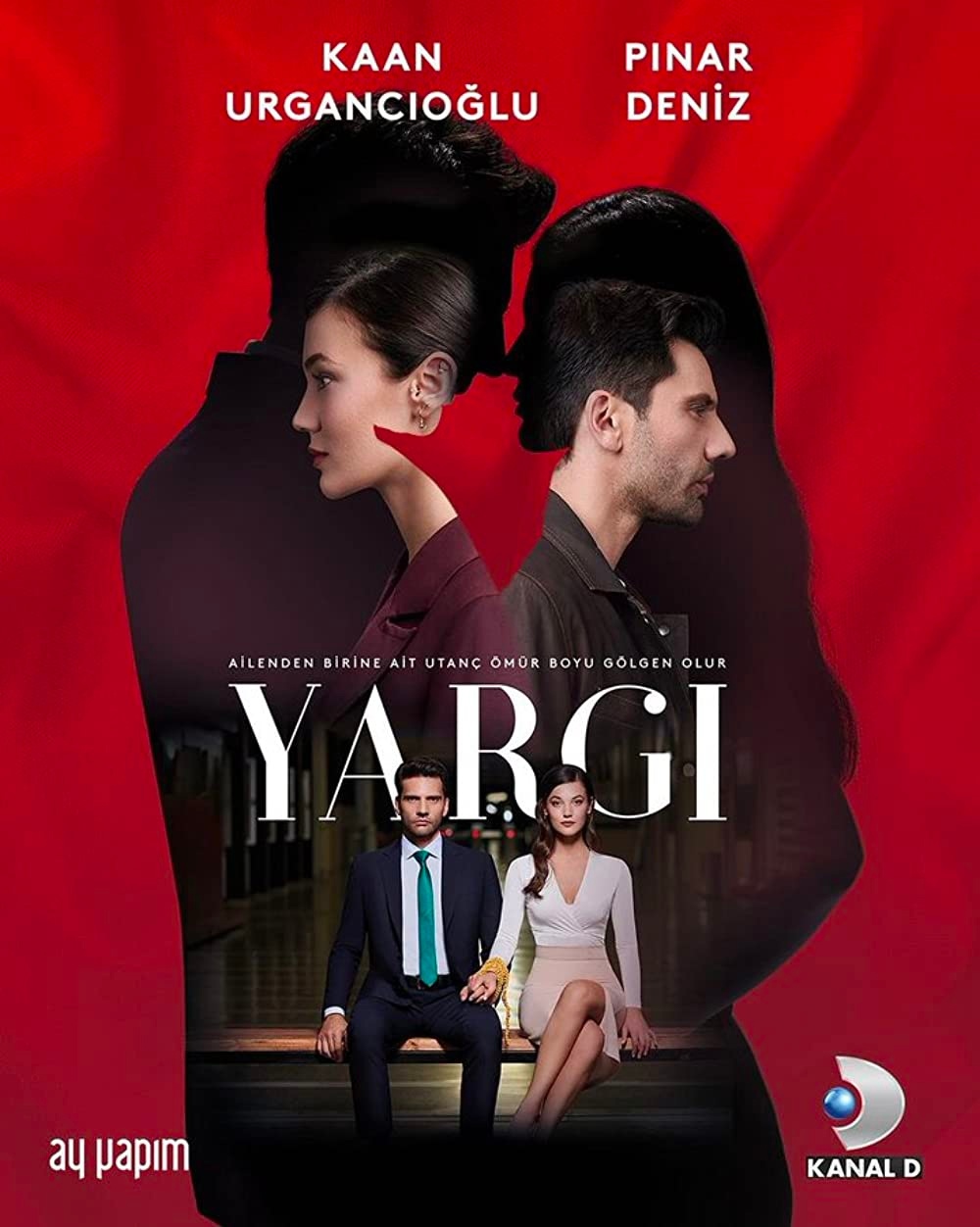 The examination did not find copyright infringements from some episodes of the Red Room series, which caused objections from the Iranian writer Shahzade N. The experts did not find a single intellectual property infringement, which was notified to both parties to the conflict. 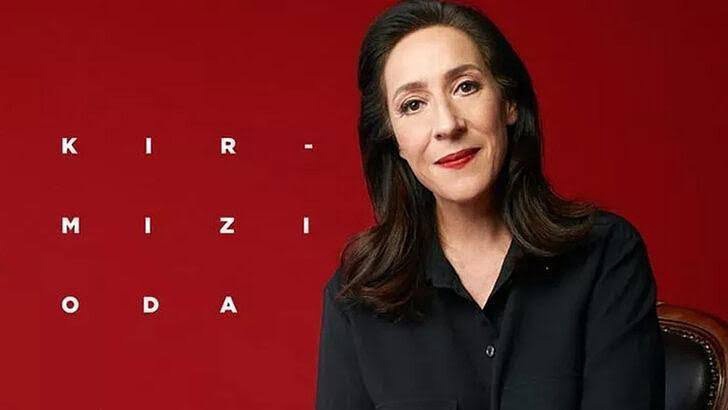 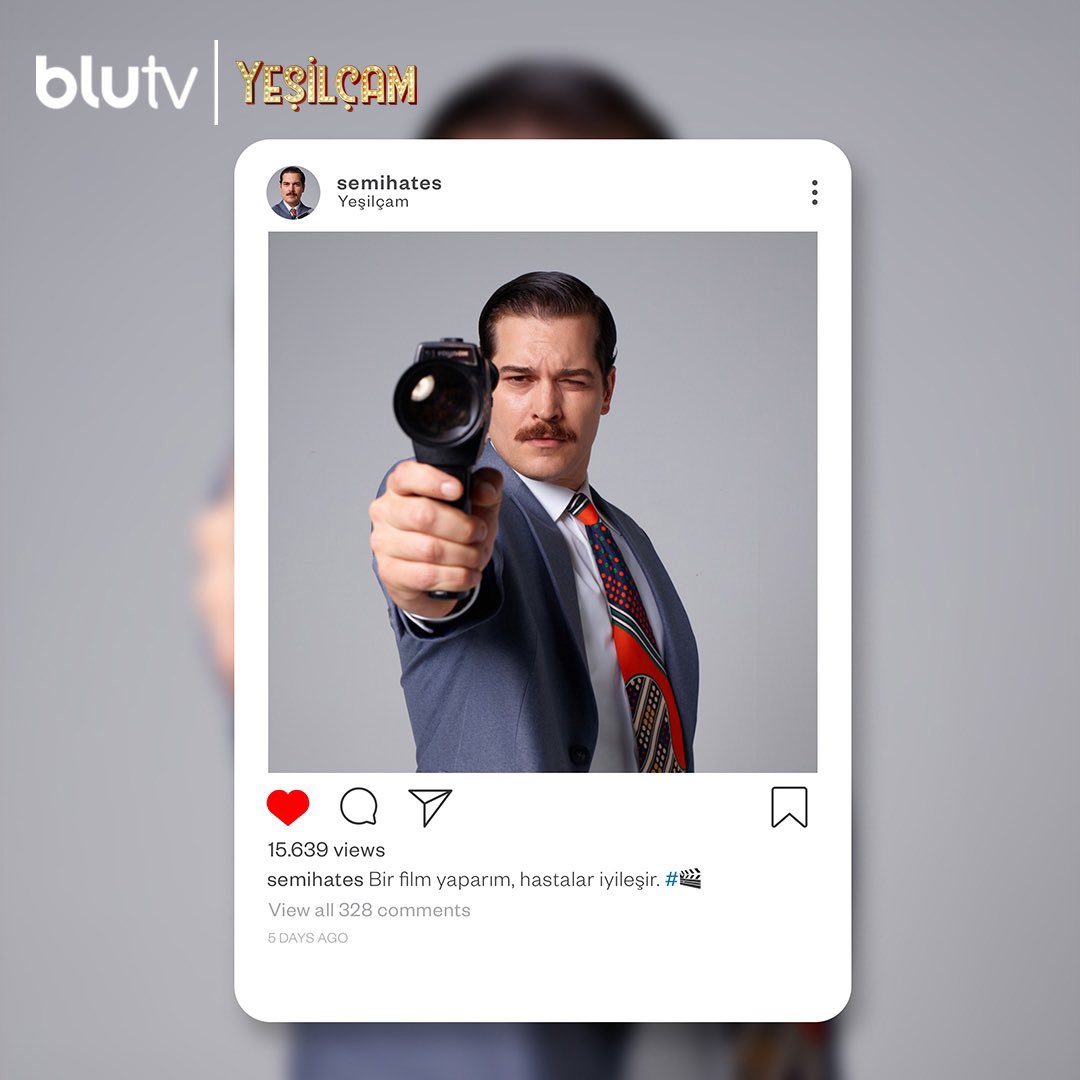 OGM Pictures officially denied the information of journalist Orkun Un, which appeared in Hürriyet, that the company’s producer allegedly sued Özge Özpirinçci. As always, the Turkish press shamelessly hype on successful projects. Is anyone surprised? 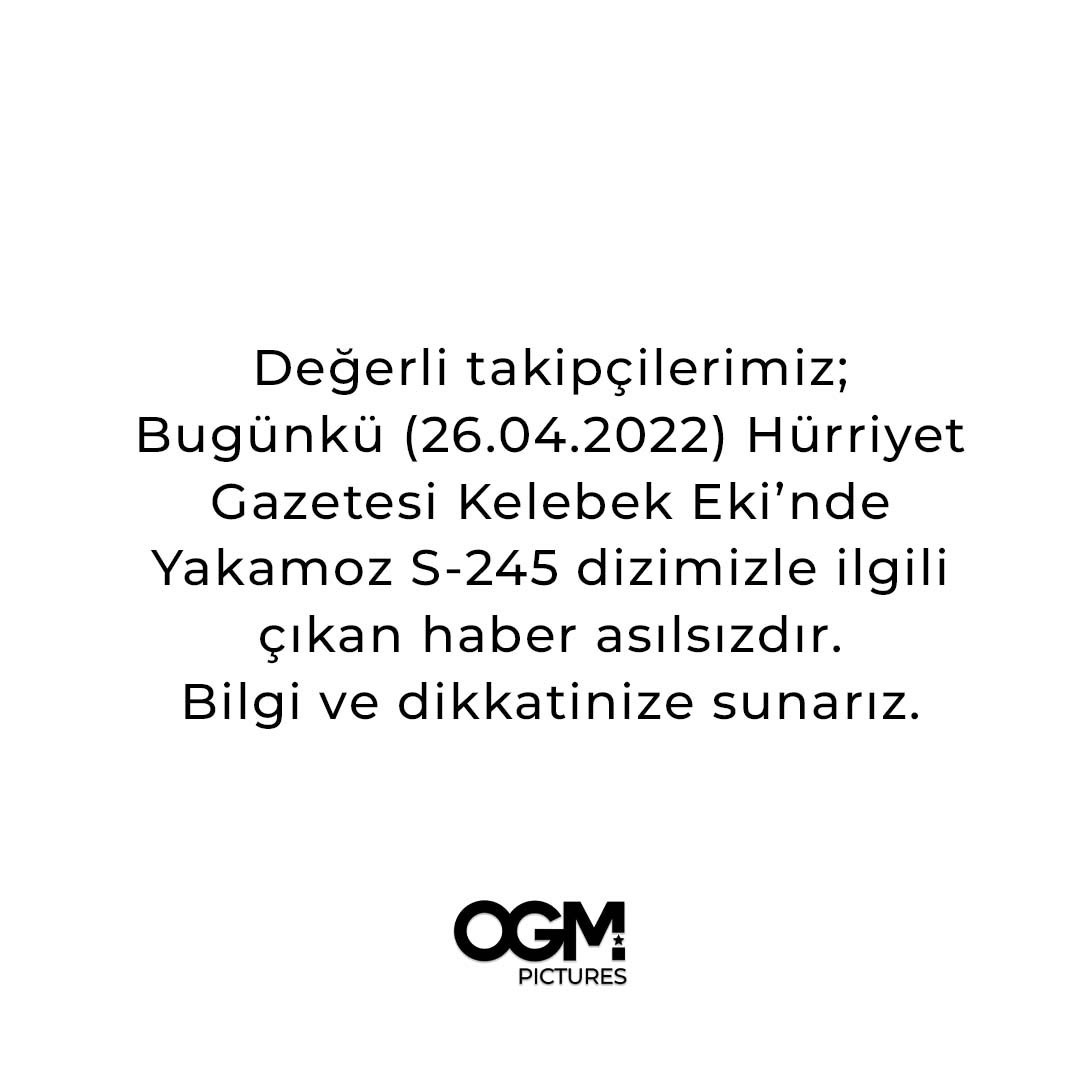 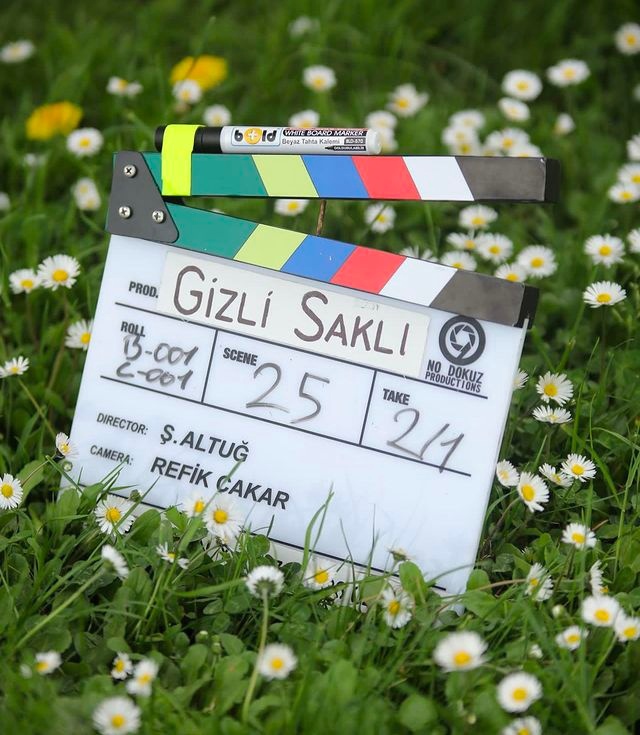 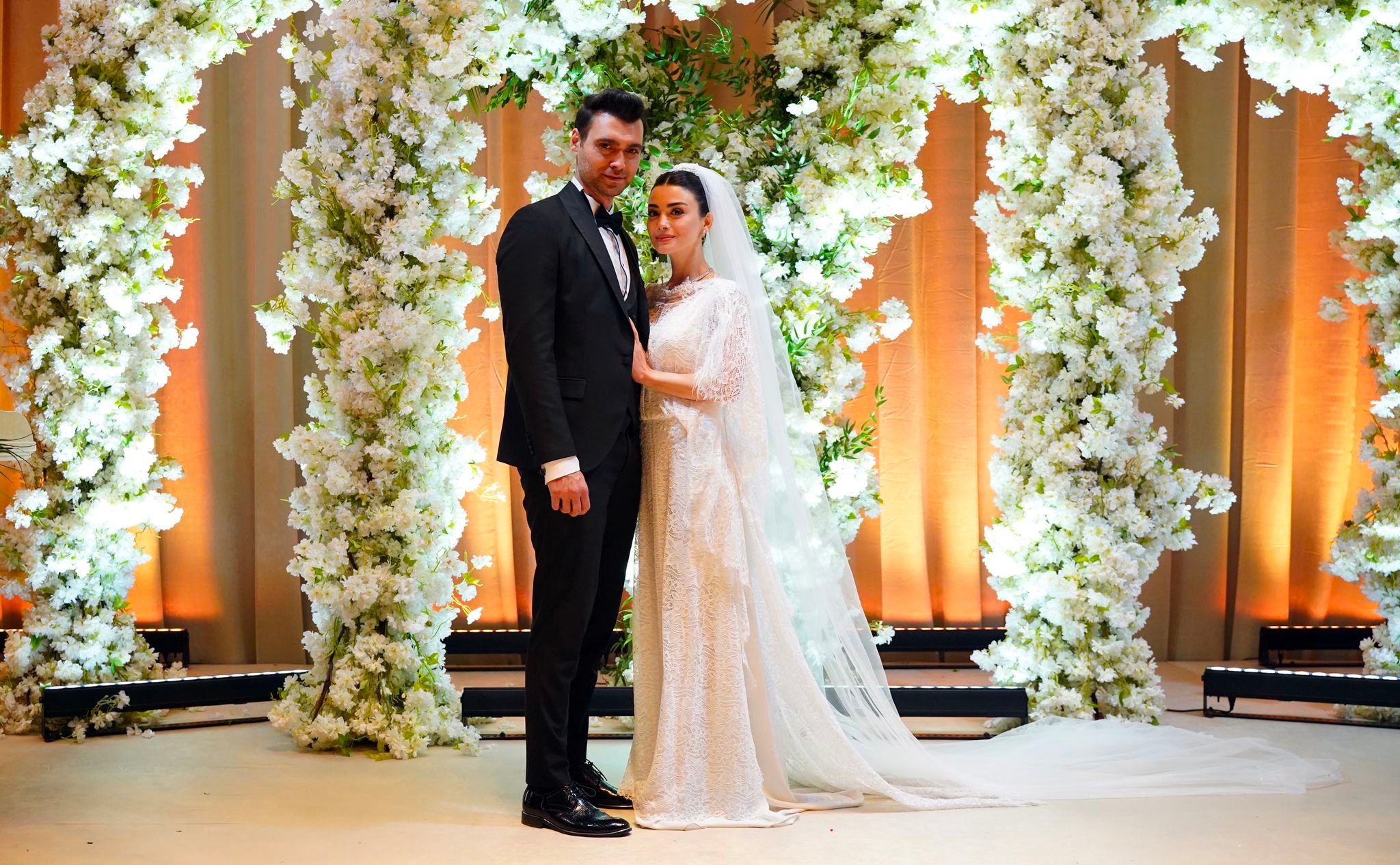 The filming of the state TV channel TRT1 series ‘Black Board’ was stopped for 10 days after the lead actor Furkan Andiç suffered a leg injury on the set. The actor was taken to the Edirne hospital, where doctors demanded that he not strain his leg for at least ten days. As a result, the producer decided to take a break 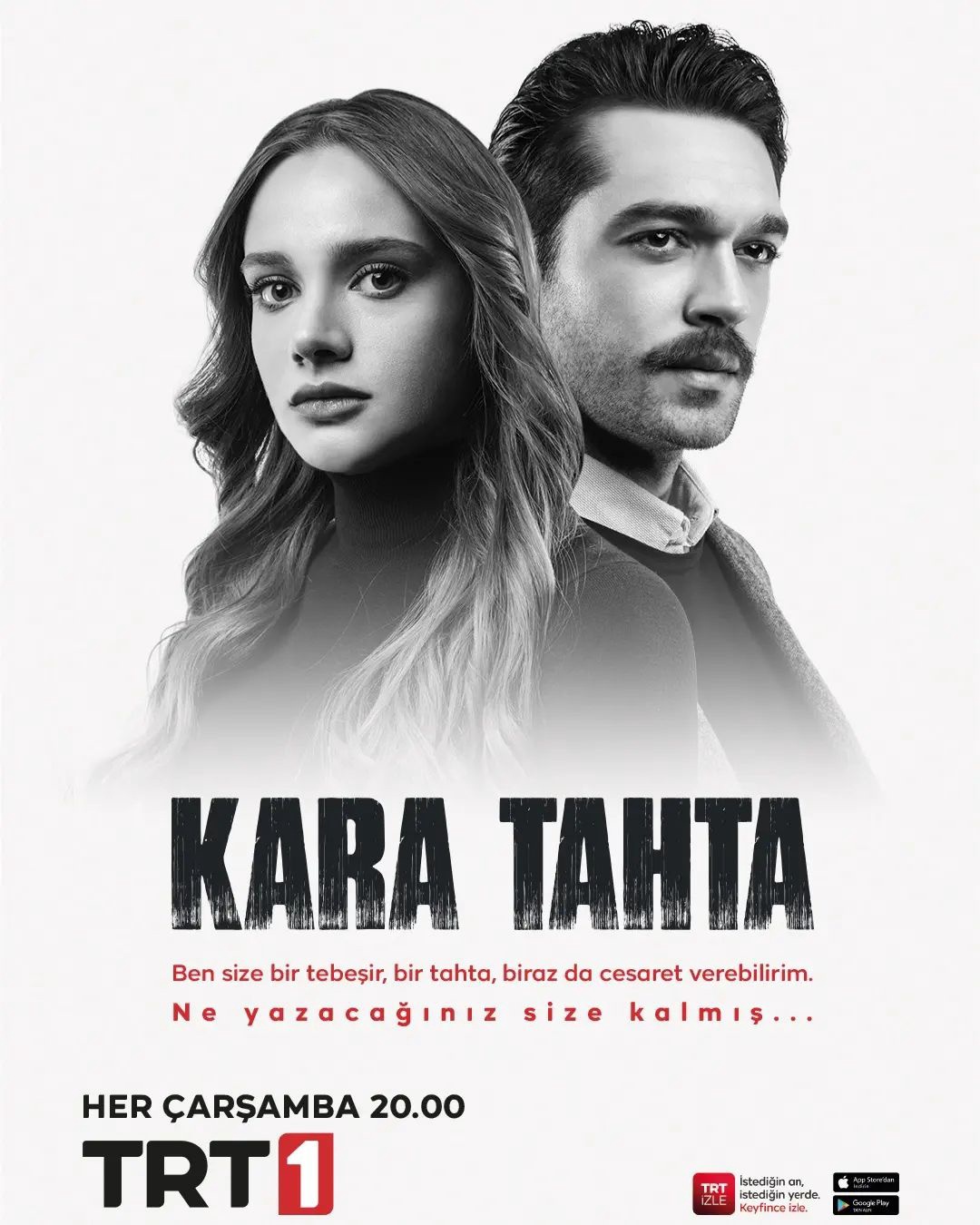 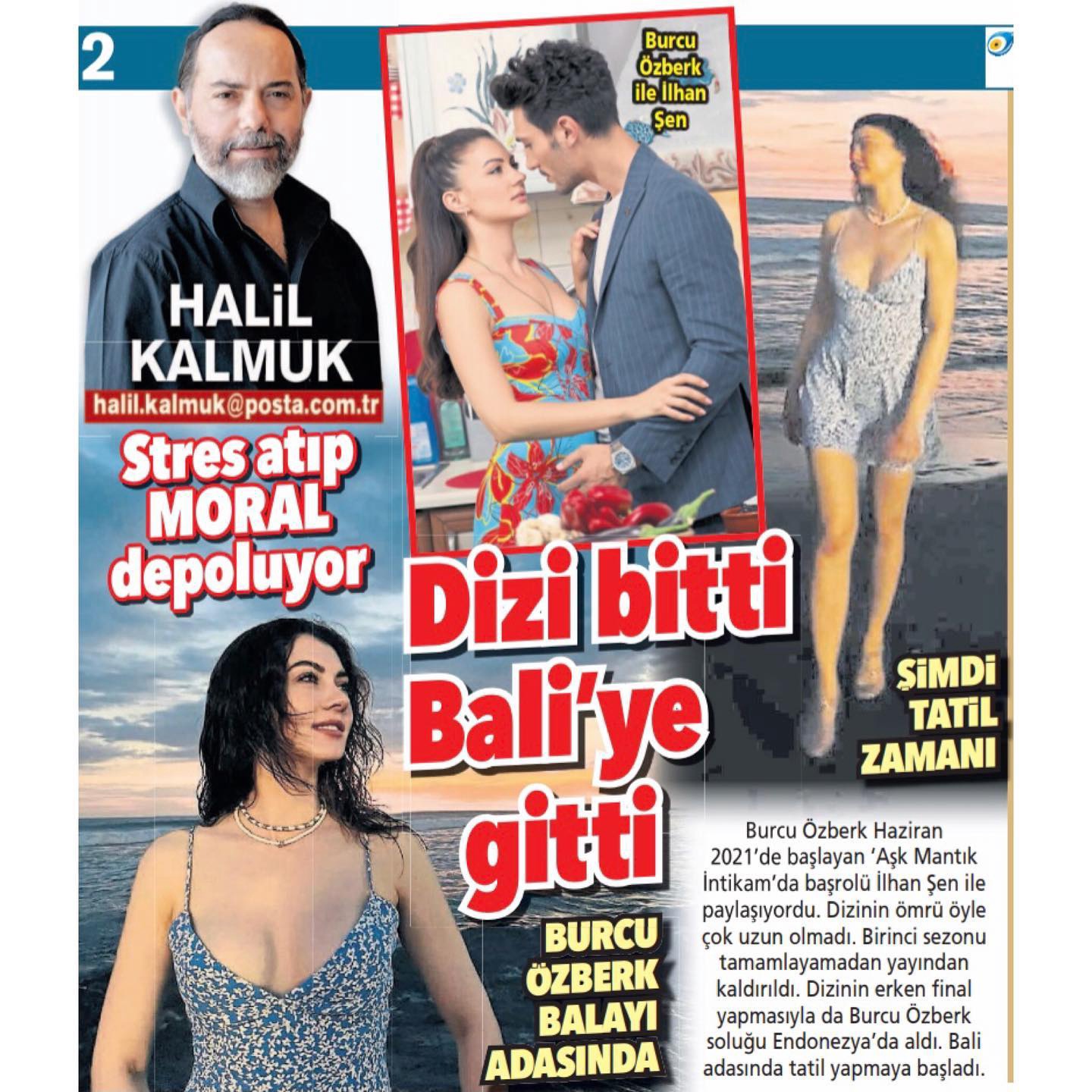 Seda Bakan, who is preparing to become a mother for the second time, was spotted in the Zorlu shopping center 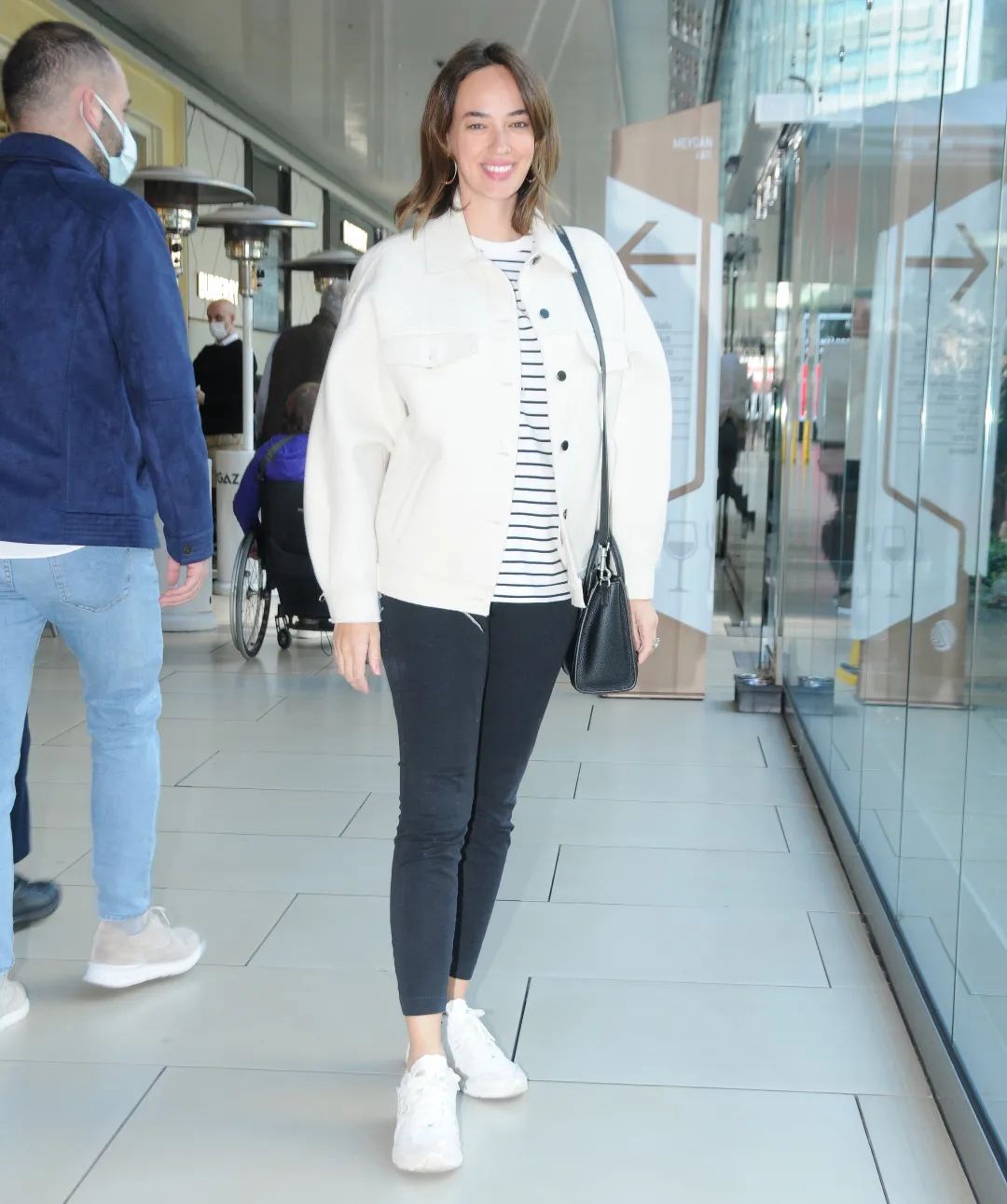 The Turkish press reports that Şafak Pekdemir will play the close friend Barış Akarsu in a biopic about the singer and actor. Starring İsmail Ege Şaşmaz 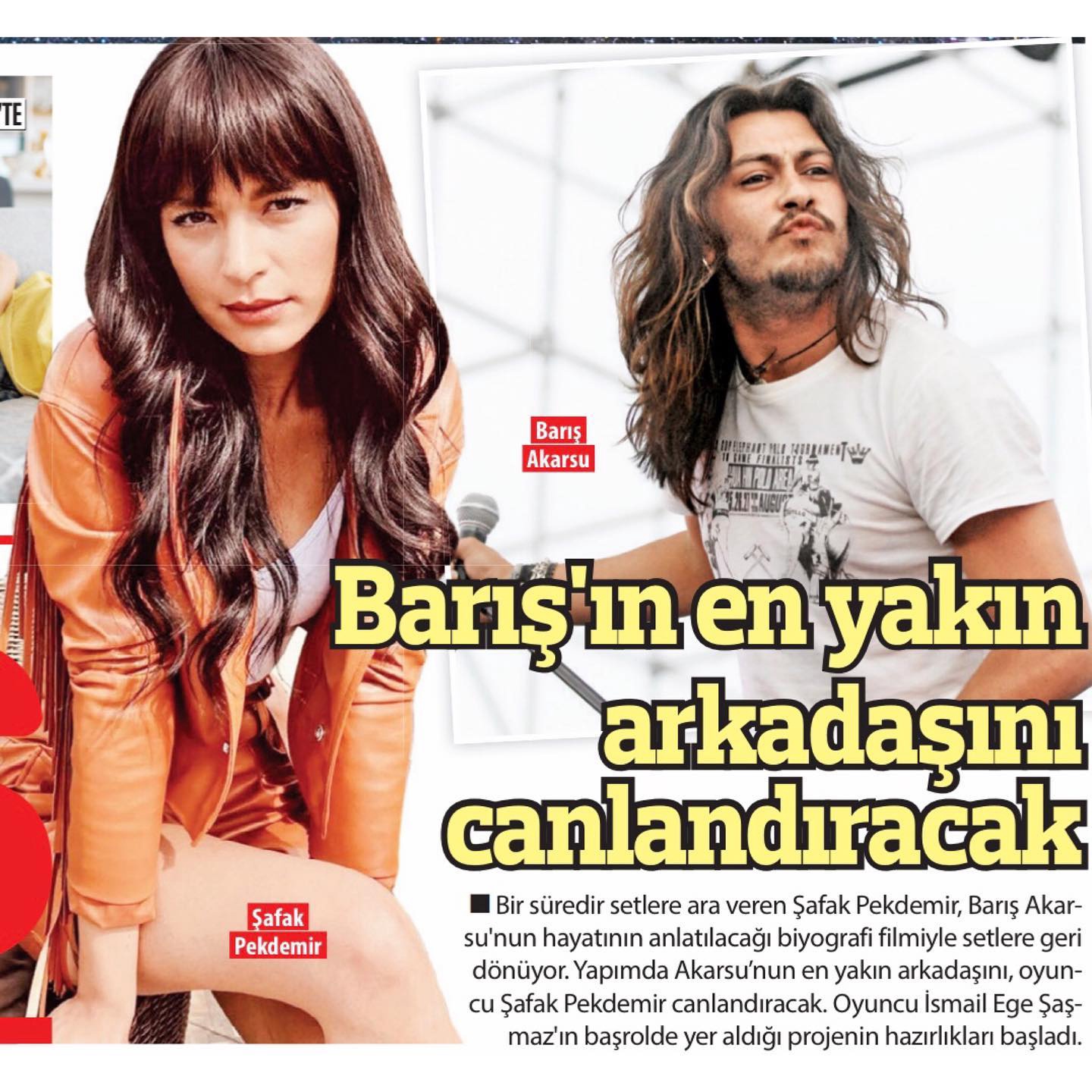 The Turkish press does not forget to remind about the filming of the Disney Plus series ‘Between the World and Me’, quoting Hafsanur Sancaktutan, who is happy to work with Bugra Gulsoy and Demet Ozdemir. 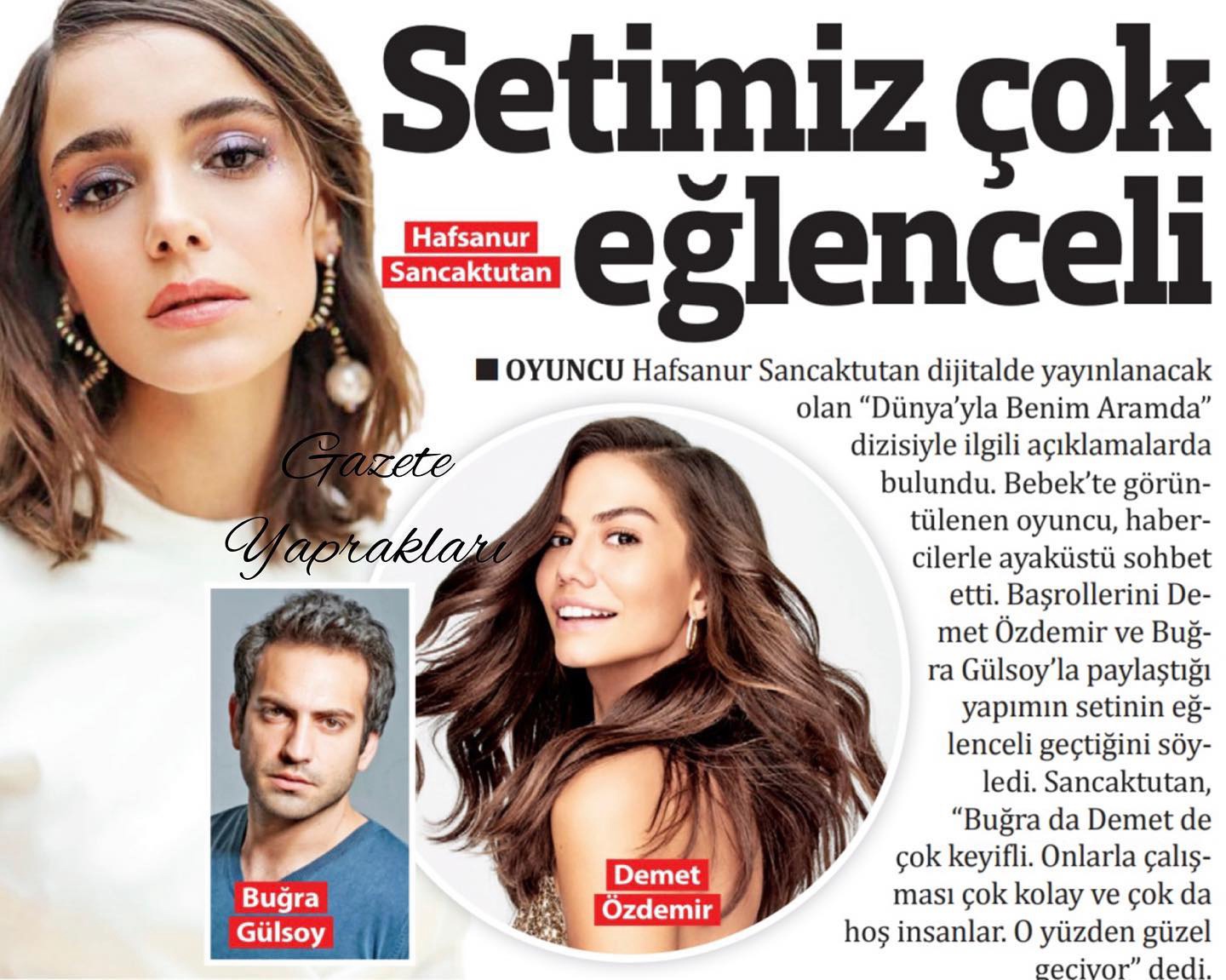 Melisa Sozen, who will soon appear in front of the audience in the new series of the Netflix digital platform ‘Who We Were Running From, Mom / Biz Kimden Kaçıyorduk Anne’, admitted that she prefers working on digital platforms rather than on television. When she chooses projects, she prefers looks that push the boundaries, even intimidate. 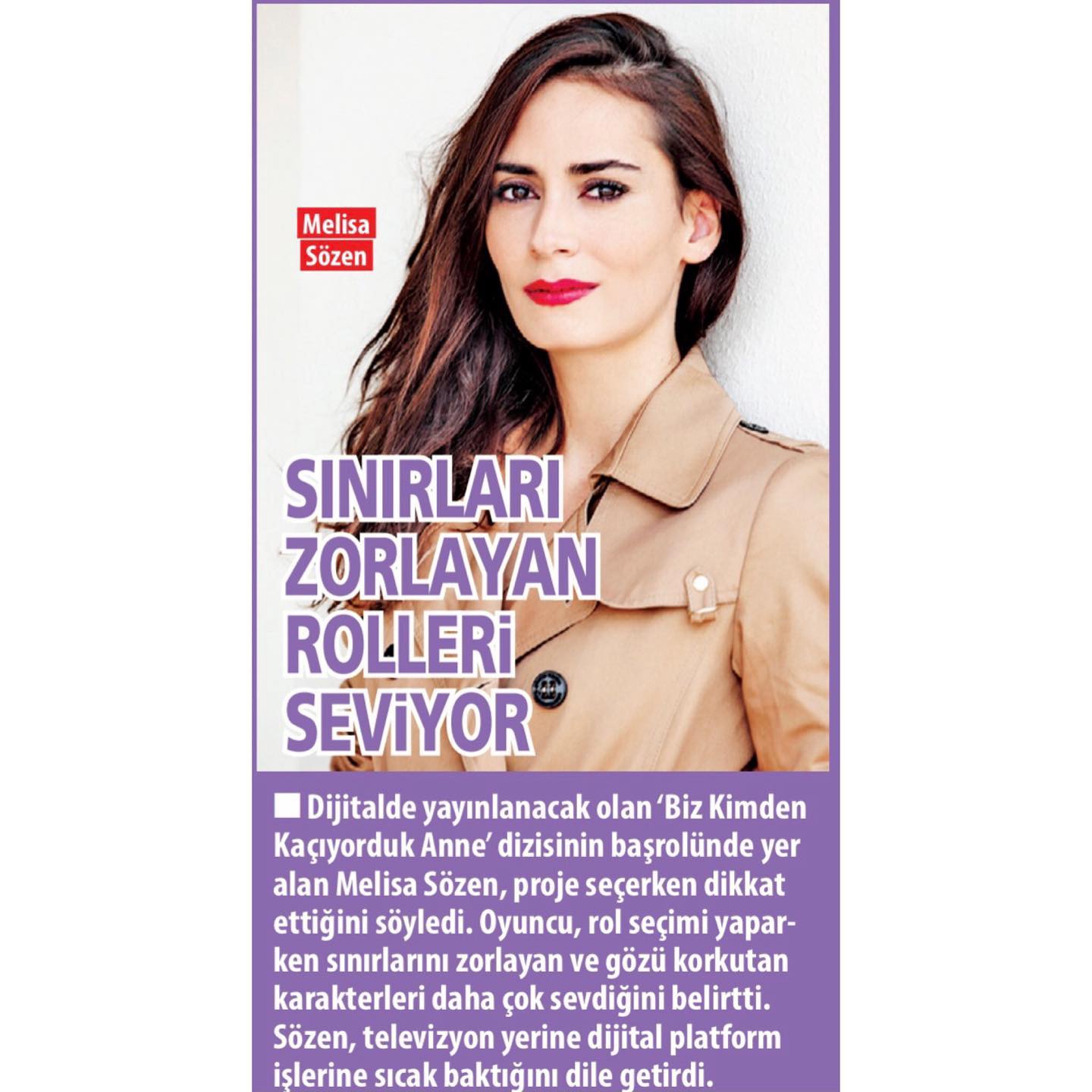 As the young actress Serra Pirinç admitted, she got into the series thanks to Instagram. Her manager wrote to her that he accidentally discovered her photo when he was scrolling through the social network and offered to try her hand at cinema. You can tell she’s very lucky. 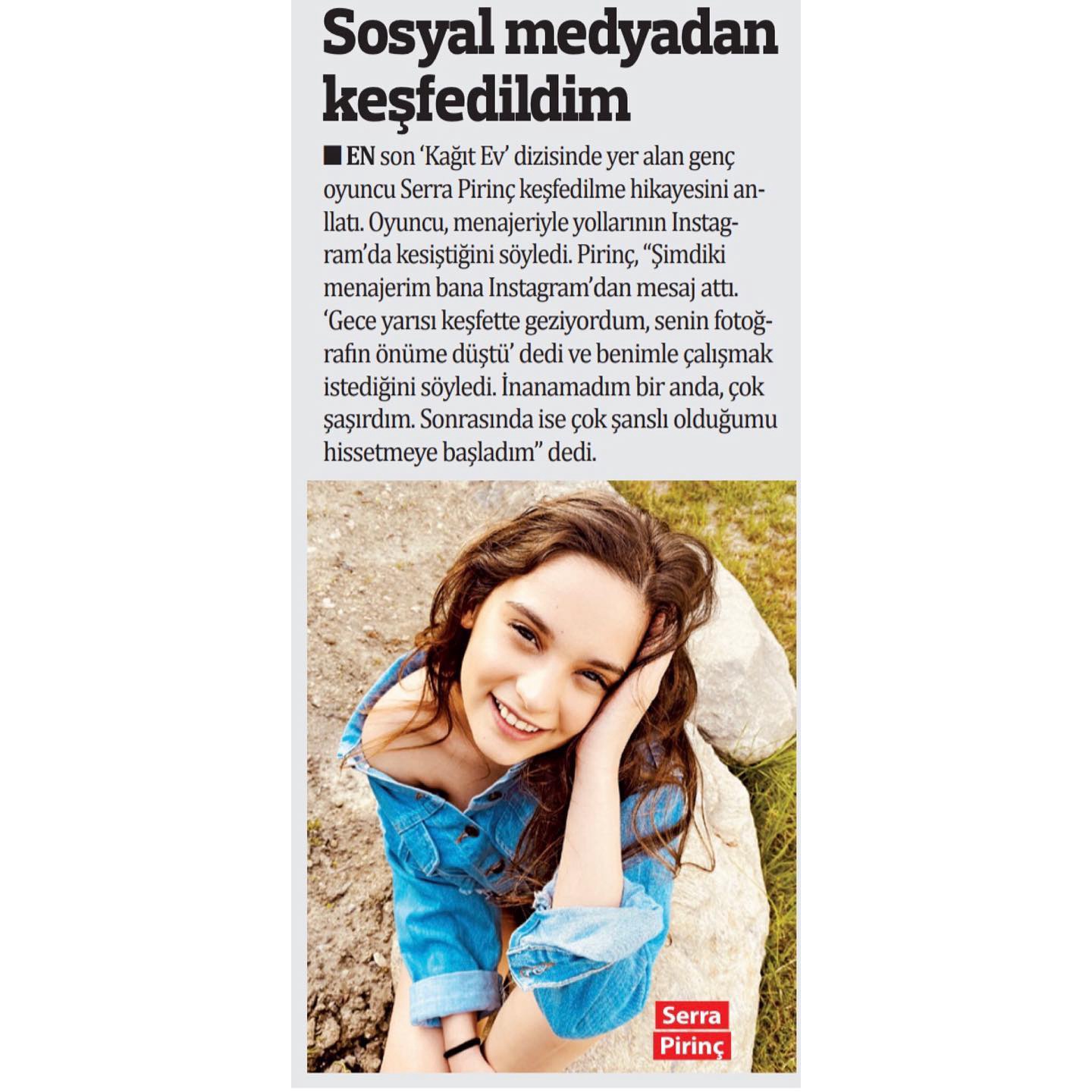 According to Milliyet journalist Husseyn Altun, Ebru Sahin and Cedi Osman will have two separate weddings. One will take place in Cesme, where the groom’s family lives. The second will be in the USA, where the basketball player continues his successful career. The couple is preparing to celebrate a joyful event in June 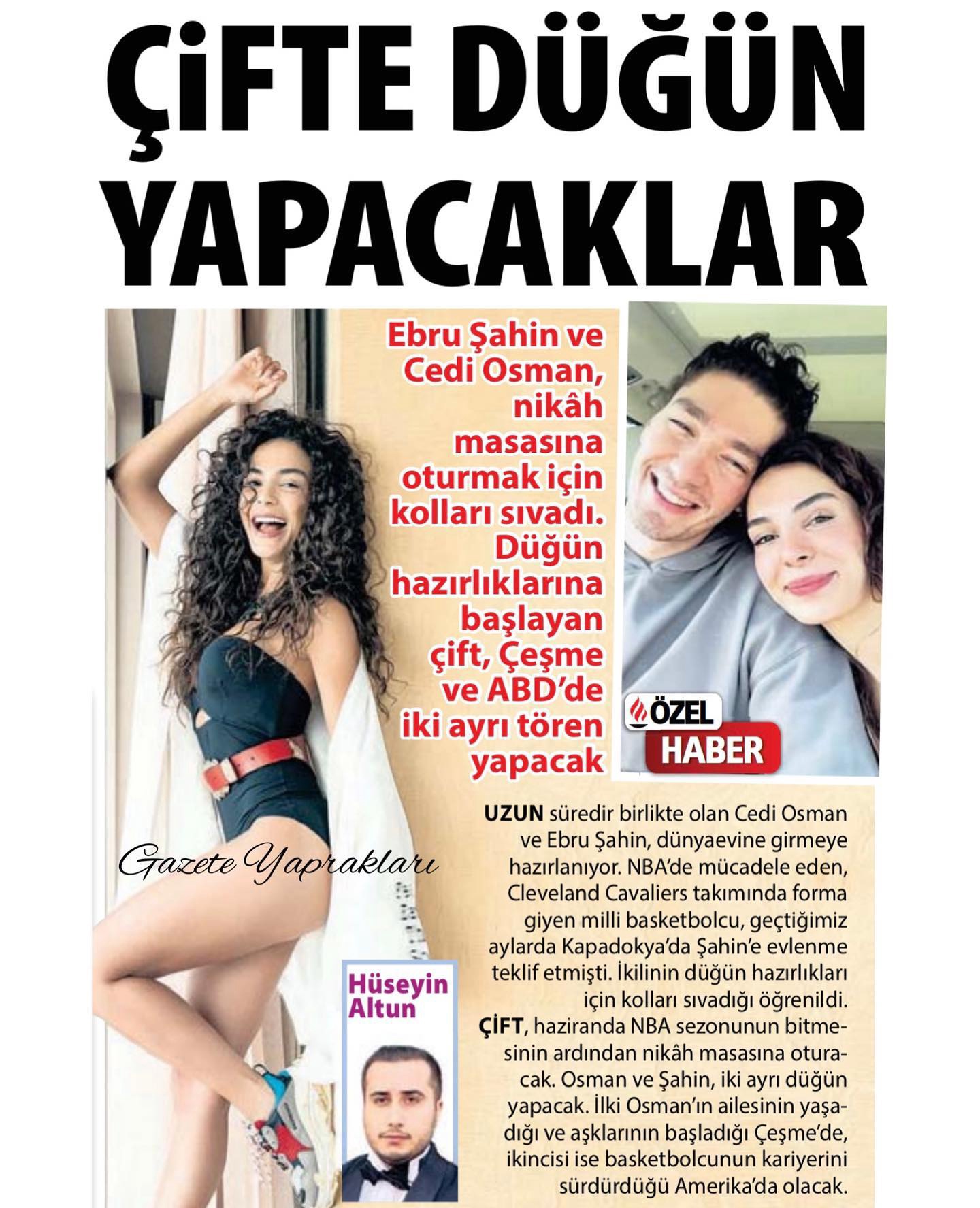 Promotional poster of the new Netflix film ‘Good luck / Yolun Açık Olsun’ starring Engin Akyürek and Tolga Sarıtaş, which will premiere on the platform on May 23 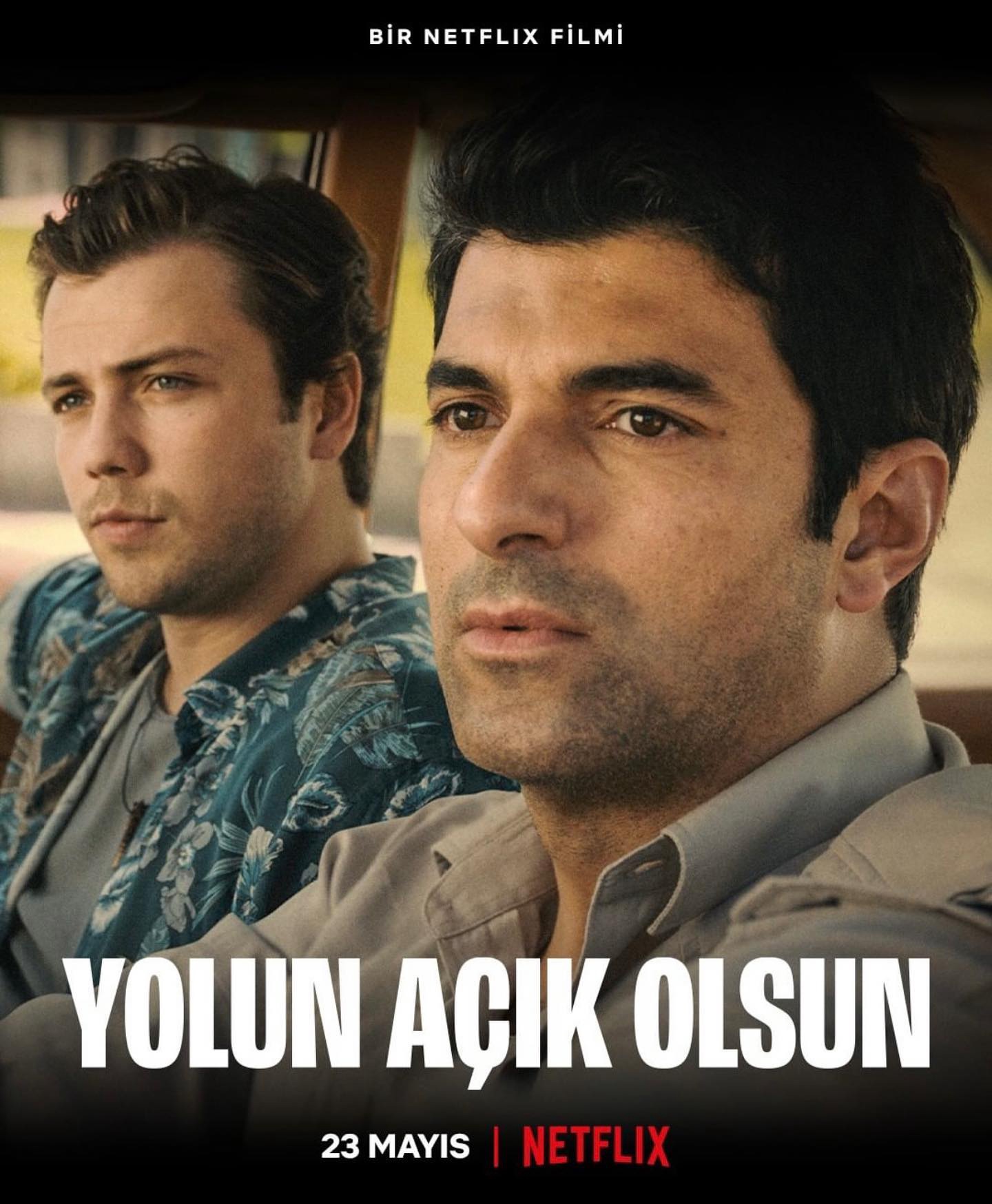 According to Birsen Altuntas, Ali Onur S became the new screenwriter of Aziz series. Murat Yıldırım hastened to unfollow the former screenwriter Eda Tezcan on Instagram and is looking forward to working with the new screenplay team 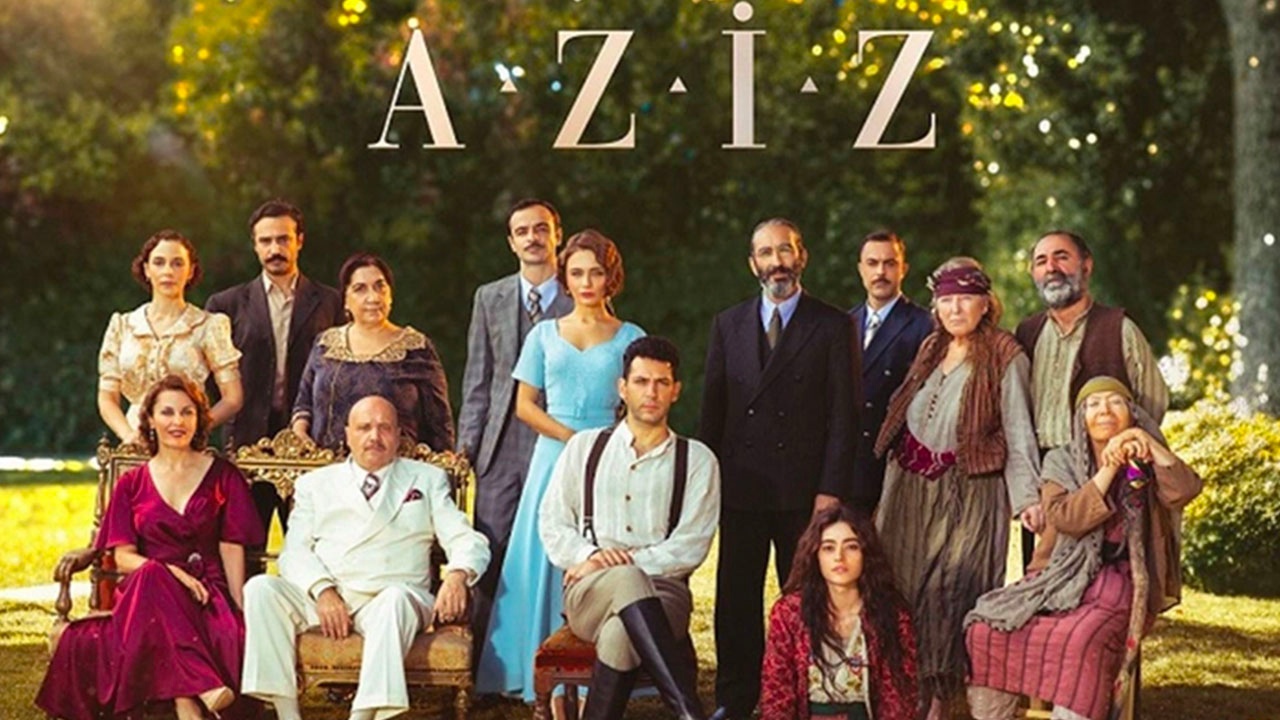 Tims&B Productions and Focus Film are preparing a new summer series for Kanal D. Directed by Cevdet Mercan. Screenplay by Sirma Yanik. Negotiations are underway with Tansel Ongel, Berrak Tüzünataç, Ozan Dolunay and Hazar Motan for the main roles in the project 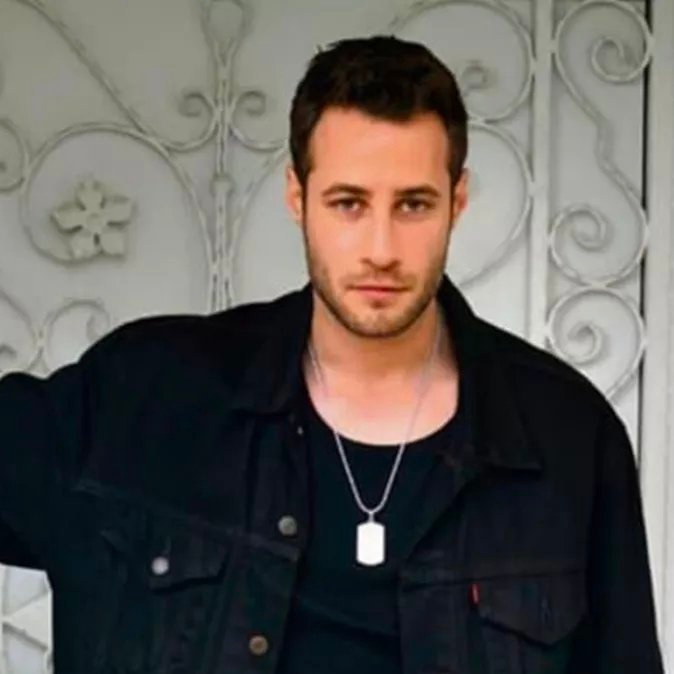 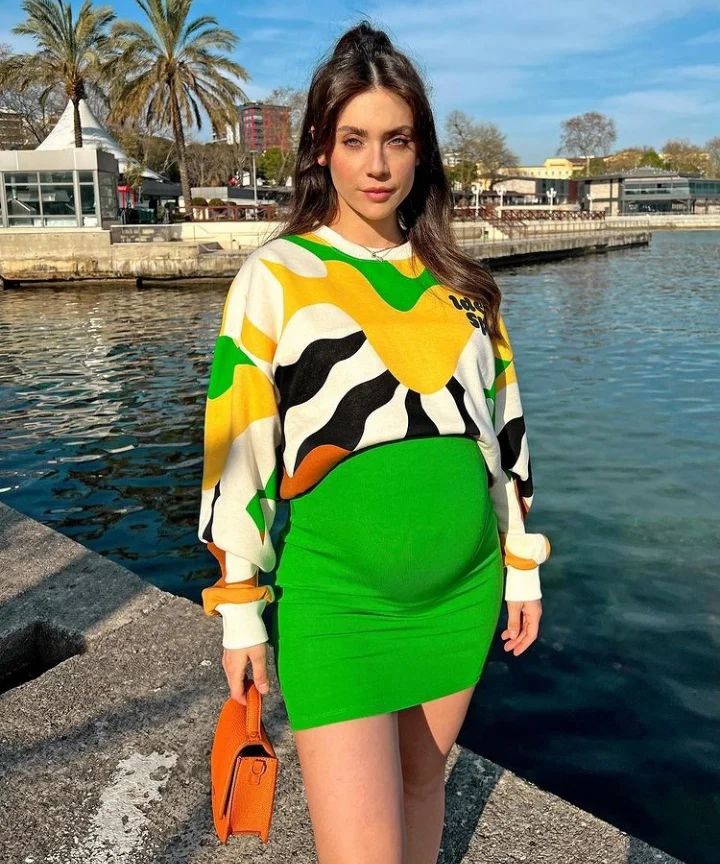 Kerem Bursin filmed a new commercial for Under Armor yesterday 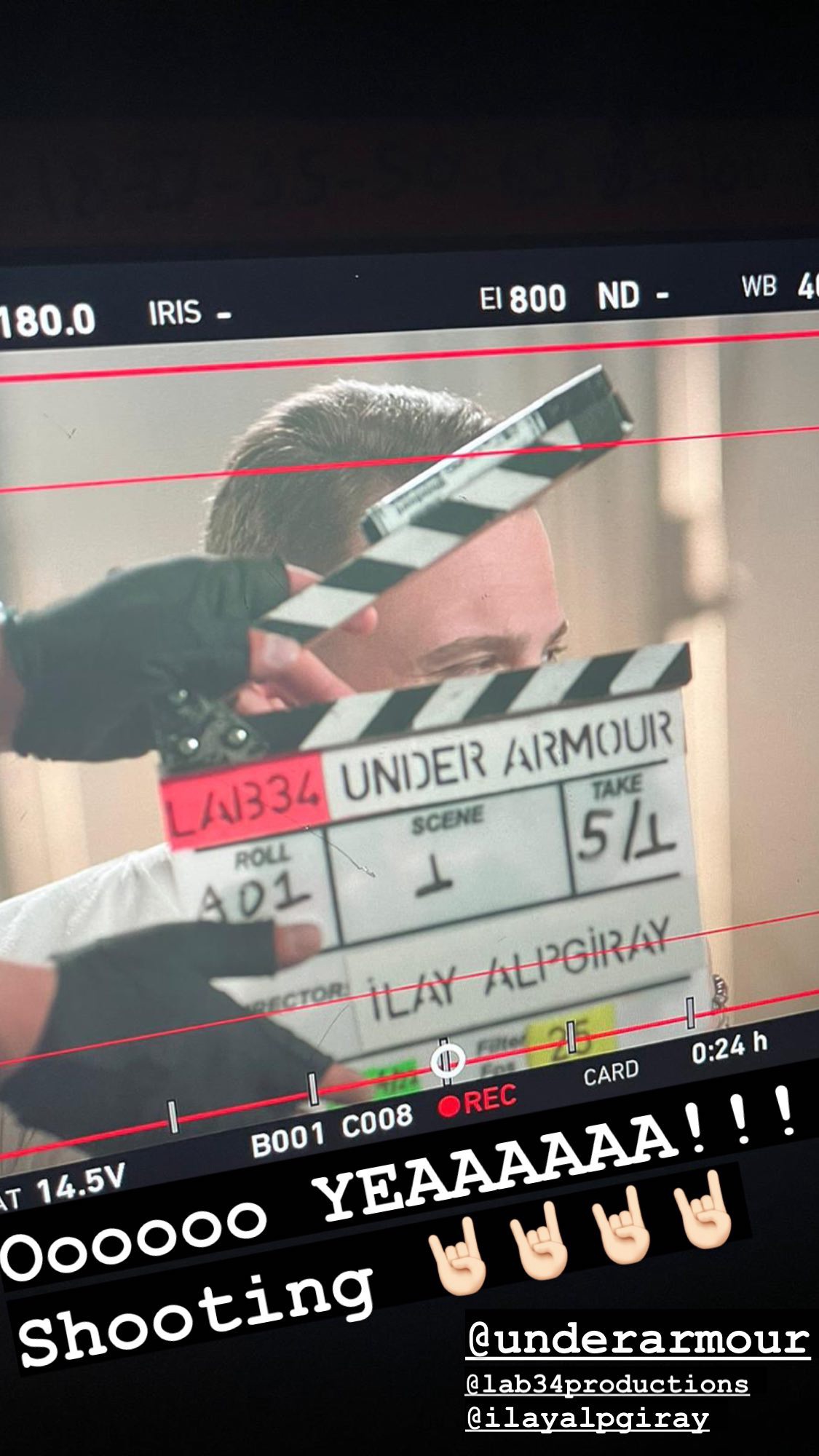 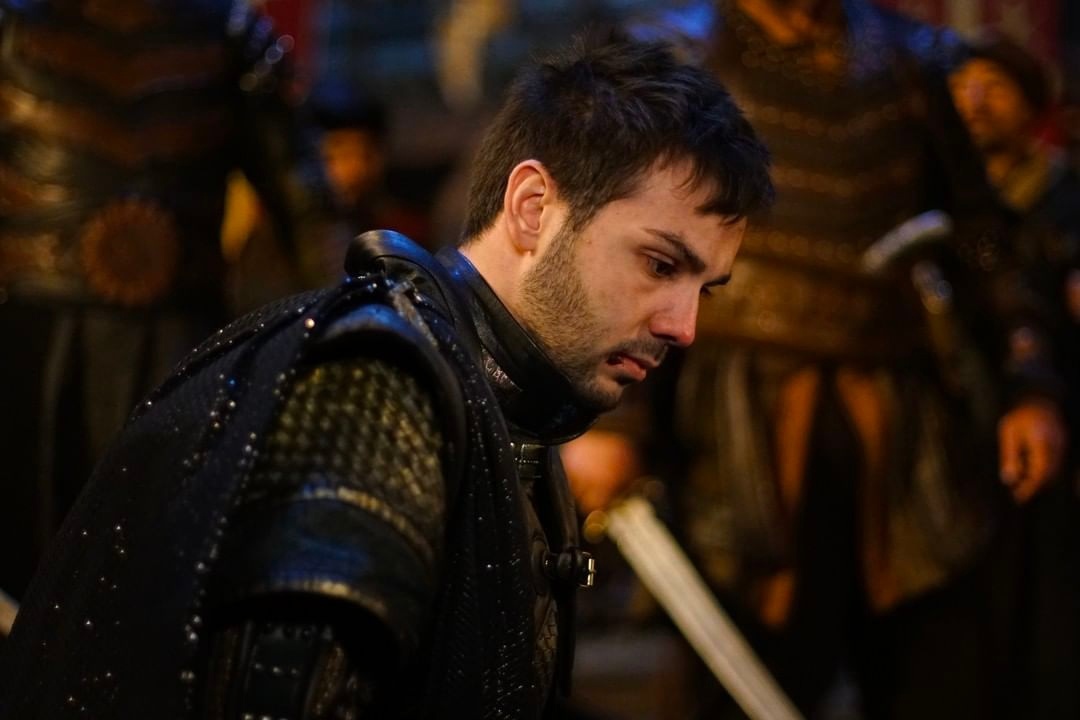 Burak Özçivit continues to delight followers with his new publications 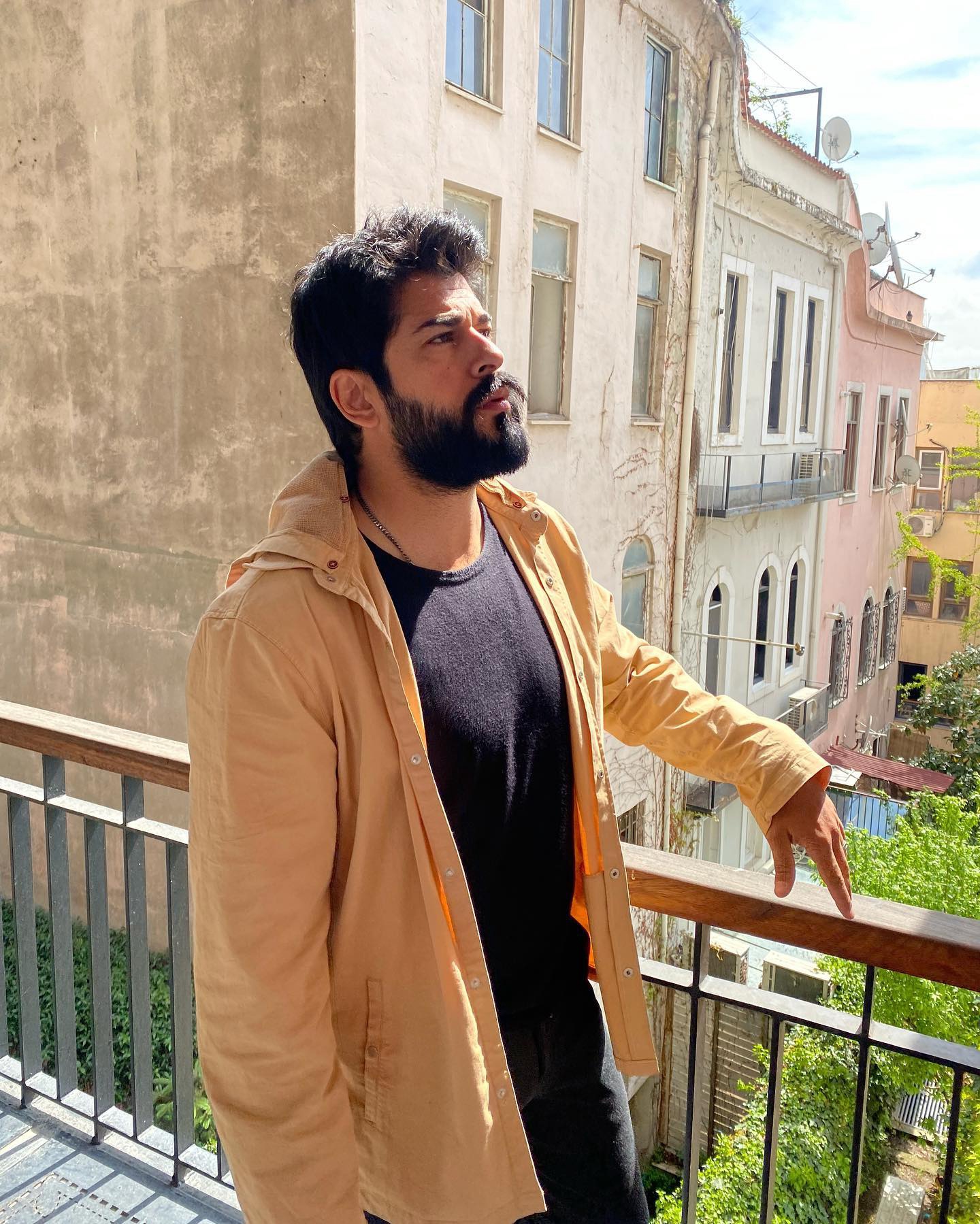 Hurriyet journalist Mehmet Ustundag confirmed the news about the separation of Asli Enver and Ozder Oztarhan, but said that the reason was not a quarrel and not families, but a banal lack of time for each other. 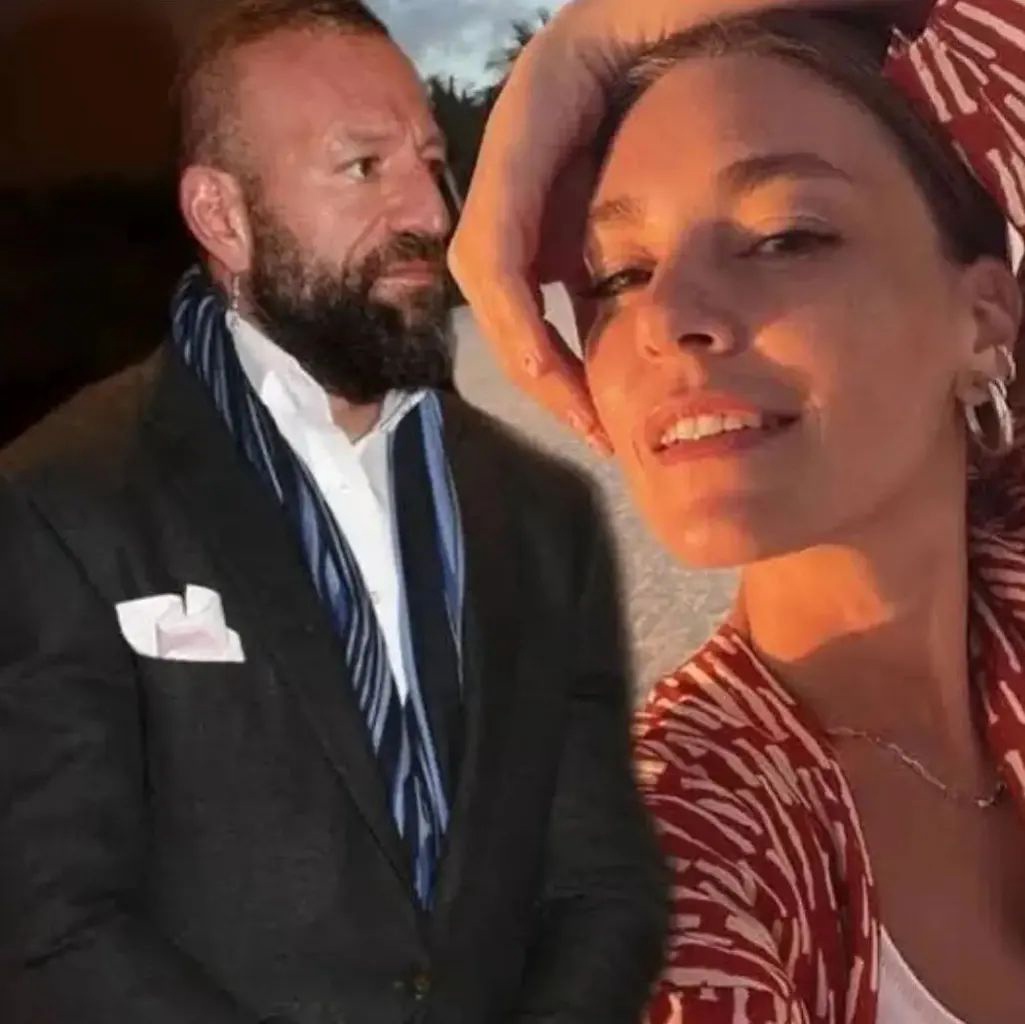 The series Unfaithful / Sadakatsiz will make the final on the 60th episode at the end of May. The last three episodes of the project will be shown on May 11, 18 and 25. The script of the last episodes is ready 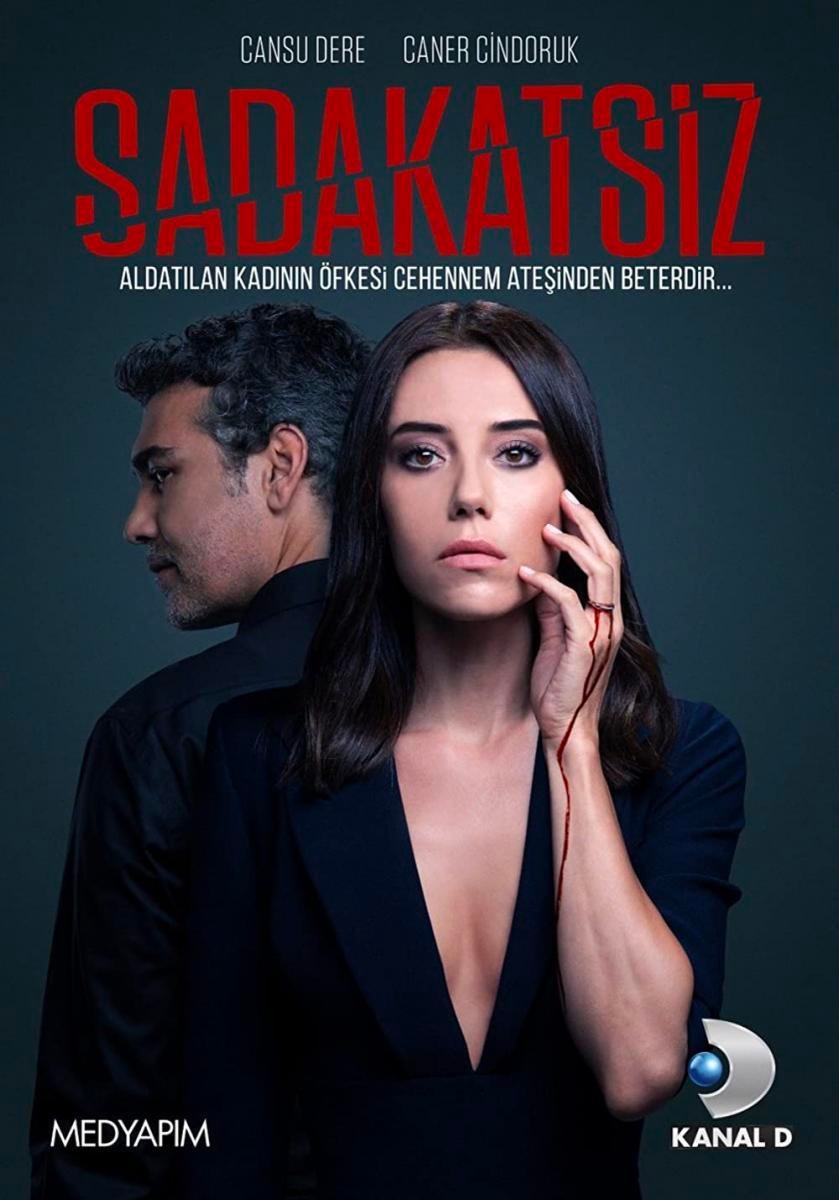