Gülse Birsel: Netflix or Disney Plus? 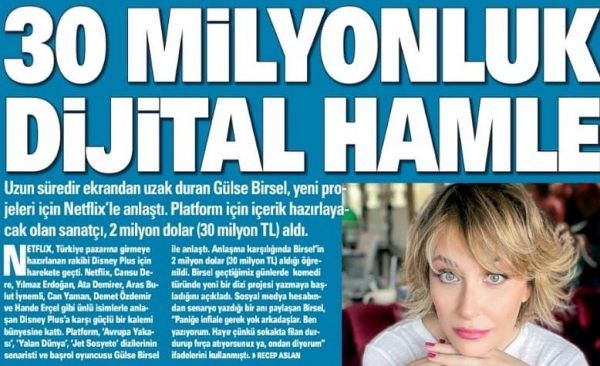 Tabloid Aksam gave the curious news. The publication reported that Gülse Birsel signed a contract with the digital platform Netflix for $2 million (30 million Turkish liras). Recall that journaslist Birsen Altuntas announced that Disney Plus signed a contract with the actress and the scriptwriter. However, apparently, as in the case of Çağatay Ulusoy, at the last moment, Netflix took the promising star from under the competitor’s nose. Whose information will turn out to be correct: journalists or publications?